Crossroads of the World's Great Marques

It has been an honor to sell some of the world's most significant collector cars over our more than forty years in business. Read more about our history and team below.

Started in early 1976, Fantasy Junction was originally founded by the owner of the BMW dealer in Marin County, just north of San Francisco. The business consistently lost money and Bruce Trenery bought the trade name for $500 in September of 1976 and moved the business to Berkeley. Operating in a 2250 square foot building on Dwight Way, the business grew through the 1980s, selling a wide variety of special interest cars quite similar to the cars we sell today. In the mid 1980s, Fantasy Junction took over the unit next door, doubling the size of the facility. 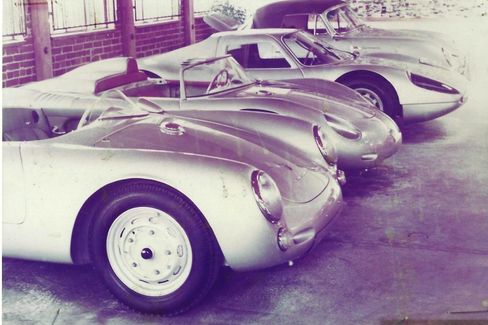 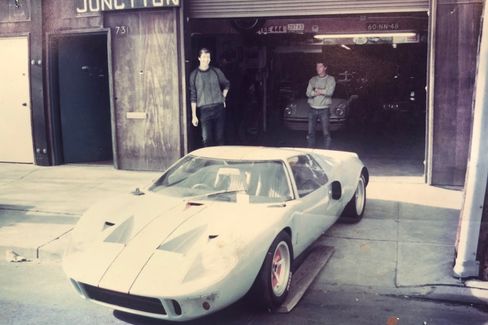 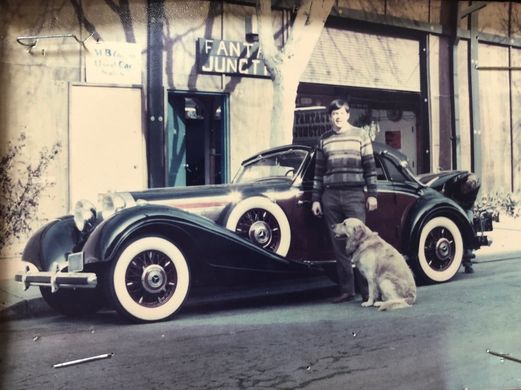 By 1989, the business had outgrown Dwight Way, and Bruce purchased the buildings Fantasy Junction now occupies in Emeryville. Built in the early 1920s, Fantasy Junction’s main building formerly served as the office building for the American Rubber Manufacturing Company, whose conveyor belt factory occupied the entire adjacent block. Throughout 1989, the building underwent a substantial rehabilitation including seismic retrofit. The new facility opened in time for Monterey Car Week in August of 1989. The neighboring blocks had previously been home to a number of interesting companies, including Fisher Body Building and Doble Steam Motors, which built some of the finest steam powered cars ever made. The famous Porsche parts recycler EASY occupied a building two blocks over for many years as well.

While the area was very much in urban decay when Fantasy Junction moved in 1989, these defunct industrial companies have now been replaced by a host of new businesses that represent the modern American economy. Included among these are numerous startups, Pixar Animation, and several pharmaceutical companies. In the midst of all this, Fantasy Junction’s discreet facility continues to supply some of the world’s finest special interest cars to collectors and enthusiasts around the world, just as it has for the last three decades.

I heartily endorse Fantasy Junction for both purchasing and selling a classic. I have known Bruce Trenery for about 40 years and sold three cars through Fantasy Junction. All of the transactions went well and sold at full value. Bruce and Spencer operate with transparency and high integrity. 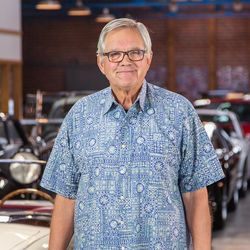 A native of Berkeley, California, Bruce has owned Fantasy Junction since 1976. He has an A.A. in Business Administration and a B.A. in International Marketing. Bruce has been an automotive enthusiast all his life and started auto racing in 1968 running a Formula Vee, then a Formula C, and ultimately a Formula B before totally running out of money. He continues to race today, running everything from a Riley and Scott prototype at the Daytona 24 hours, an Acura Integra R at the Nurburgring 24 hours, to a 1935 Alfa-Romeo 8C35 Grand Prix car, Alfa Monza or a Lola T70 at the Monterey Historics. Whether pounding down the Mulsanne straight at LeMans in a Delehaye or Ferrari SWB, or watching his car get crushed by the organizers at the 24 Hours of Lemons, Bruce enjoys the competition to the fullest.

Bruce also enjoys traveling the world with his eyes peeled for interesting automobiles in the most unlikely places, spending time in Europe, Asia, Africa, South America and the Middle East. Bruce often hosts many of the world's largest collectors and dealers during the course of the year. In the last 43 years, Fantasy Junction has enjoyed an excellent worldwide reputation for straightforward honesty and knowledge in the collector car field. Bruce's personal collection includes: Ferrari 330 GTC, 246 GT, Alfa-Romeo 1300 Spider, Jaguar E-Type, Alfa Romeo Sprint, Sunbeam Tiger, BMW M3, Fiat 600 and in race cars, an Acura RSX Grand-Am Cup, 1965 Corvette, and even the garden variety Spec Miata 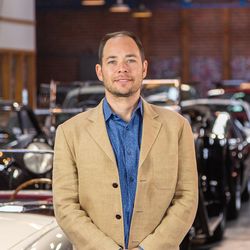 Spencer Trenery was immersed in the collector car world almost from birth, and graduated in 2003 with a B. A. in International Business. Spencer spends most of his free time experiencing the world through international travel, adventure motorcycling, and endurance sports car racing. Following in his father's footsteps, Spencer began racing go-karts at the age of nine and switched to race cars at the age of 16. At 17, Spencer won the American Cities Racing League Sports 2000 championship, making him the youngest ever SCCA Pro Racing champion. During his career, Spencer piloted prototype and GT cars in American Le Mans, and Grand-Am, and FIA GT championship events, as well as in the Dakar Rally. In 2018, Spencer captured a National Championship title in SCCA GT2, and has an active year of international contemporary and historic racing events planned for 2019. During the week, Spencer enjoys locating and placing specialty automobiles for his clients around the globe, with specific expertise in Ferraris and postwar European sports cars. 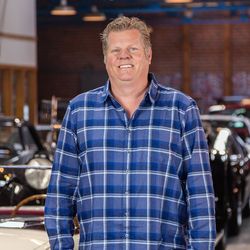 An experienced racer in his own right, Jeff Read joined as part of the Fantasy Junction staff in 2009. With a background in management and motorsports, Jeff understands the automotive process and looks after operational duties ranging from light mechanical corrections to assisting with vehicle delivery and collection. Jeff has been part of the Fantasy Junction Endurance Race Team for over two decades, and has been involved with special interest cars since he was a young boy. 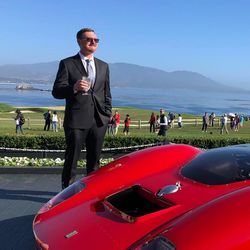 Like many of the FJ team members, Geoff was born into a motoring enthusiast family. His father was a high-ranking official with the SCCA, which meant his early experience was from the officiating side of motorsports events. In the early 2000's Geoff worked as an automotive mechanic and flagger at Thunderhill Raceway before starting his own business in 2006 organizing and promoting a drifting event series which later became a Formula DRIFT ProAM affiliate. In 2016 Geoff became the race director of our favorite vintage racing organization, Classic Sports Racing Group (CSRG) where he has been deeply immersed in vintage car culture to this day. Concurrently with his position at CSRG, Geoff joined the management team at Thunderhill Raceway Park in 2018 and was responsible for renting Thunderhill's 5 different motorsports venues until his retirement from the race track business in 2021 and subsequent transition to the Fantasy Junction team. Geoff is responsible for the off-site photos and driving videos you see in our listings, posting to our social media accounts, serving as one of our seller liaisons, and you can sometimes catch him in the showroom answering questions. Geoff loves animals, especially dogs, and enjoys motorcycling, cooking, driving race cars, and tinkering in his home shop. 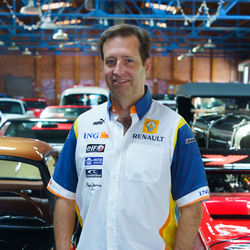 Steve joined us right before the pandemic and refers to this as his "third career", following stints at Harman/Kardon, Dolby Laboratories, and several tech startups. An electrical engineer with MBAs from UC Berkeley and Columbia University, Steve is also an avid vintage racer. You'll often find him at the track at CSRG events with his 1969 Titan Mk5 Formula Ford. He's also the acknowledged world-expert on LeGrand Mk1 "Cheetahs", a car no one's ever heard of (he owns one of the six built). Prior to joining our team, Steve spent four years living in Europe, where he was lucky enough to take part in the London-to-Brighton Run, the oldest continuously running automobile race in the world, which is limited to pre-1905 cars. He's an active member of the 500 Owner’s Association, Fiat America, CSRG, the Candy Store, and the Goodwood Road Racing Club. Around the shop, Steve endeavors to keep us organized throughout the consignment/sales process and forms the in-house research wing of our operations. 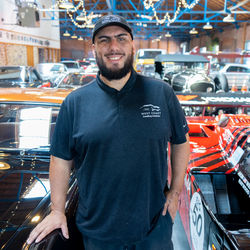