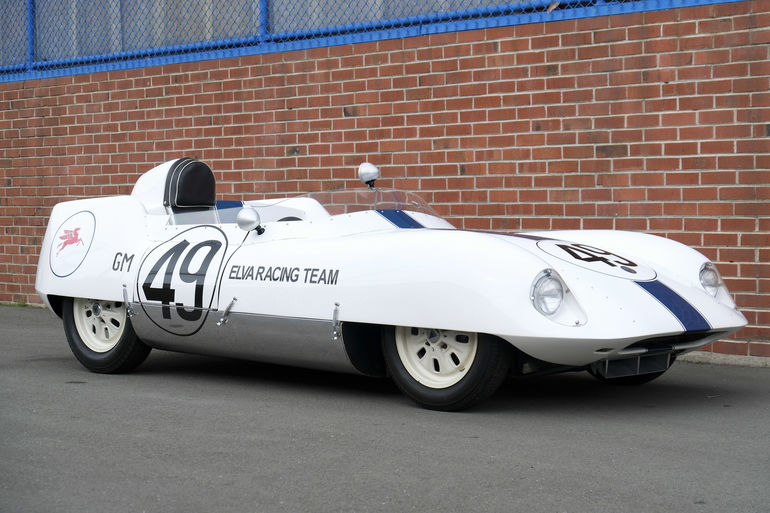 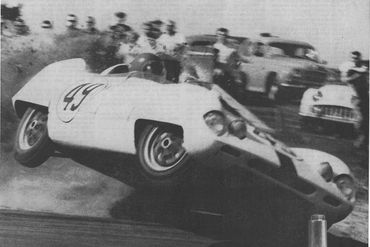 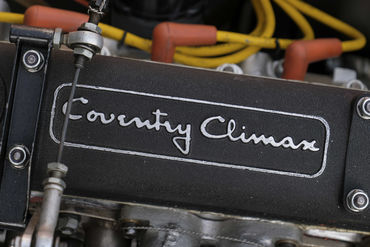 Period Racing History at Sebring, FIVA A/3 Designation. A Light and Nimble Cost-Effective Entry to Premier Historic Racing Venues Around the Globe.

In 1954, Elva founder Frank Nichols had just developed his first prototype. After the car was test driven for the first time, the driver replied in French “Elle Va” (she goes). Nichols thought that name had a nice ring to it and decided to name his cars and company after that distinctive phrase. In a few short years Elva would become one of the more competitive lightweight racers recording win after win during the glorious motorsports racing years of the 50s and 60s. Going head-to-head with the likes of Lotus, Lola, Marcos, Peerless, and Turner, the Elva held its own. By 1957 Nichols was successfully selling sports-racing and formula junior cars in the UK and the USA, fielding the Elva Engineering factory team and finding success with many privateers. Powered by a range of engines from the early side valve Ford, to sports-racers powered by Porsche and BMW engines, and to the big V8 McLaren-Elva CanAm cars, the lightweight Elva MK series with its space-frame chassis, independent suspension, and reliable powerplants were favorites among racers that wanted lightweight cars with attractive bodies and the latest in technological advancements.

The MK 1 and earlier series cars that were developed leading up to the MK IV were important for the progress these cars needed as Nichols quickly learned what worked and didn’t work under the rigors of competition. By the time the MK IV was developed, the car featured full independent suspension, a lightweight tubular space-frame chassis, and an alloy undertray riveted to the chassis to improve torsional rigidity while at the same time reducing aerodynamic drag. Further advances included rear inboard Alfin drum brakes, and with the front engine placed far back into the midsection of the car, vastly improved cornering due to excellent weight distribution. The final body design was captured in a thin alloy body with a single hinging hood allowing quick access to critical engine features, and a rear mounted fuel tank and spare tire for excellent front/rear weight distribution.

History and time are often not kind to old race cars. Generally used up within a few years of their competition life, technology moves faster than most race cars, making them obsolete or worse, ravaged by alterations, radical re-engineering, or simply damaged too much to warrant restoration. And while these circumstances often impact race cars of lesser import, it is all the more rewarding to find such a properly restored example defining not only one of the best of this series built, but one with important historic achievements as well.

This particular MK IV has been both an historic competition car and a recent participant in vintage racing. Constructed for duty as a factory car, this Mk IV competed in the 1959 Sebring 12 Hours race as an Elva Engineering entrant. Entrance alone in this prestigious race would be an important achievement, however, 4L 100/61 not only arrived and competed, it went on to finish 2nd in its class and 23rd overall, a remarkable result for its first outing. Following this success, driver Burdette Martin would go on to compete throughout 1959 in five SCCA races finishing 3rd at Regional Lawrenceville, Wilmont, 17th and a DNF at Road America, and again at the 1959 Regional Wilmont taking 1st place, continuing on in 1960 with additional wins including two 1st place finishes that year. In 1960 Bob Leiss purchased the car, where it remained in his private collection until 1983 when Jerry Schoultz acquired the car. At that time, as reference photos show, the car was certainly challenged by years of competition but remained complete. Under his ownership Schoultz sold the car but then purchased it back some years later, embarking on a comprehensive restoration eventually completing the car to a very high standard. The FIVA Identity Card accompanying the car today is validated with an A/3 rating, and indicates all known prior ownership including a listing of thirteen races from 1959 and 1960, all of which are confirmed by other noted motorsports authorities.

In addition to its documented and prominent racing history, of particular interest is the period advertisement campaign for Walker’s DeLuxe Bourbon which features this Elva MK IV, wearing #49 and the central blue stripe, elevated on two wheels while cornering hard during the 1959 Sebring race. The image not only captures the thrill of this motorsports event, it also illustrates the energy and captivating allure of this period, complete with spectators and vintage cars in the backdrop, all presented against the casual elegance of a fine bourbon – a fitting tribute that only Hiram from Peoria dared pull off.

Today this historically important Elva MK IV is presented in excellent condition, properly prepared for vintage racing, featuring cosmetics worthy of any concours. With absolutely no dispute regarding the provenance in period or as raced in recent years, the current cosmetic condition is excellent overall showing only mild evidence of use. The hand formed alloy spider body sports the authentic #49 livery, reflective of the 1959 Sebring race where it finished 2nd in class and earned its historic place in both motorsports racing and bourbon history. The exceptional attention to detail to the mechanical features is evident throughout the car especially when raising the body sections to reveal the frame and mechanical features. The clean and purposeful open body is beautifully formed around the impossibly low-profile space frame. The paintwork overall is glossy throughout including the central blue stripe, Mobil flying horse, and roundels. Throughout the car, the white paint is accented by exposed rivets which herald the aircraft inspired construction bonding the alloy inner and outer body panels. The rare Elva Electron cast wheels are uniquely designed and appropriately shod with correctly sized tires, tucked perfectly beneath the purposeful and beautifully formed aerodynamic body. Exterior details while sparse are all in excellent condition including lighting, perimeter low profile plexiglass windscreen, side windows, and taillights, all of which are not only correct but add perfect competition touches to the sports racer design.

The cockpit is clean and very well laid out featuring a low-profile driver position flanked by a head fairing concealing the roll bar. The black seats and ivory piping convey a more refined competition interior complete with exposed alloy panels, painted gray tube frame members, 4-speed close-ratio gearbox, and array of instruments spread across the black dash panel. Unlike many cars of this period, ample space for two occupants is available, with a surprising amount of room for even longer legged passengers to stretch out. Drop down hinged doors make for easy entrance and exit, and when closed into position, the car feels very taut and ready, enclosing the occupants in a compact but capable package.

The forward section is easily hinged forward revealing the 1,098cc Coventry Climax SOHC engine, twin 40 DCOE Weber carburetors, tuned exhaust, and wonderfully detailed engine compartment. The exposed mechanicals of the front section further reveal an exceptionally clean car, displaying the correct mechanical features and beautifully finished components. With the hinged rear section lifted, the entire rear area is also exposed revealing the major mechanical components, beautifully finished suspension, and inboard Alfin brakes, all of which deliver a very professional cosmetic and mechanical presentation. Although this car has been expertly prepared, we recommend a professional race shop perform an inspection and review all systems before using this car in a competition setting. The currently fitted tires are older, and should be replaced prior to the new owner’s first spirited outing. The car is accompanied by numerous period photos, copies of documentation verifying the racing history, the recent FIVA Identity Card, a matching livery tonneau cover, a copy of the original Walker’s advertisement, various spare suspension parts, a spare engine head and Climax head gasket, a spare rear end, and a book on Elva cars.

This is a fantastic opportunity to acquire an historically correct, competitive, and documented Elva MK IV ideal for premier historic racing events. With documented Sebring and SCCA period racing history, excellent restoration, and FIVA A/3 designation, this exceptionally fine and properly sorted example will surely bring years of enjoyment as a show or event car for its next fortunate owner. 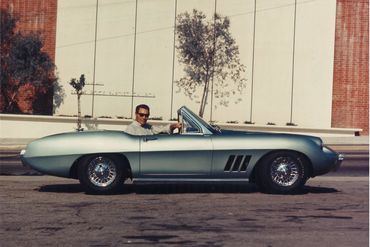