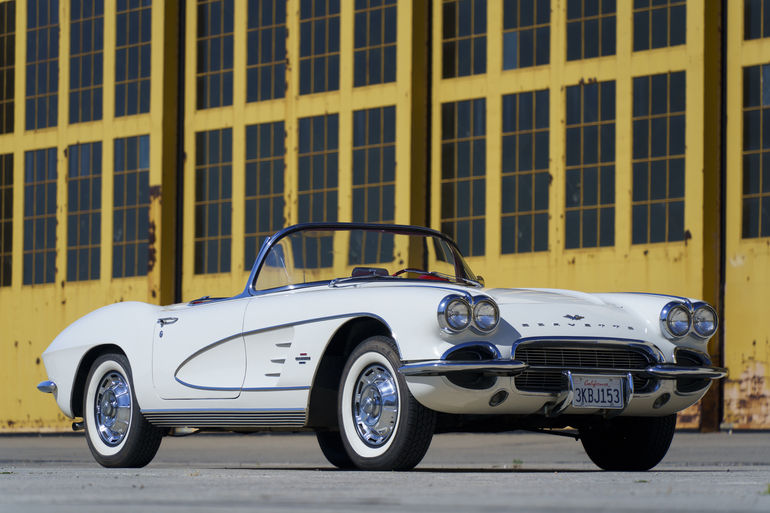 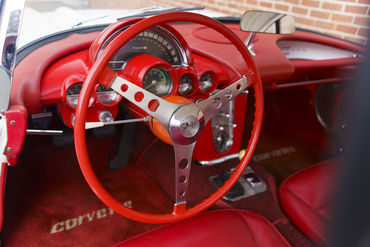 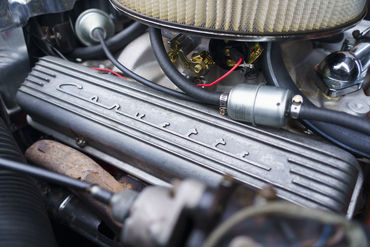 Regarded as one of the most important sports cars of the 20th century, the Corvette arrived in 1953 with the promise of sporty driving for performance-minded enthusiasts. By the late 50s the Corvette evolved into a performance machine capable of besting European competitors in a variety of racing events. With Zora Duntov adding his special racing touches, by the early 1960s the Corvette stepped up offering higher horsepower and great design. Well balanced, beautifully styled, and powerfully equipped, these early 60s Corvettes offer fantastic vintage ownership experiences especially for those seeking original cars.

According to the second and current owner of this car, this Corvette was purchased new in Southern California. The car was ordered by the father of a 16-year-old girl living in Malibu, California and presented to her as a gift. Outfitted from the factory with a 283/270 hp 2x4bbl engine and 4-speed manual transmission, she must have been the envy of every high school boy fortunate to see her cruising the Pacific Coast Highway.

The car remained in her possession until 1995 when the woman moved to Colorado. Worried about driving it in the snow, she engaged a broker to sell it for her. The second and current, consigning owner purchased the car and soon after converted the intake to a single four-barrel carburetor unit, retaining the original carburetors and intake manifold. The original matching numbers engine is still in the car today, verified by the deep single strike numbers stamped on the engine block pad. The transmission is believed to be original and, reportedly, both the engine and transmission have never been removed from the car. The 83,047 miles currently displayed on the odometer are also believed to be original. The car was repainted under original ownership, but the interior remains original except for the carpet which appears to have been replaced some years ago. In February and March 2020, a set of four tires were purchased and mounted, a new intake manifold gasket installed, a new thermostat installed, the carburetor rebuilt, and a fuel filter and fuel line replaced.

Today the condition of this car is a timeless reminder of the original character and delightful qualities exhibited in original cars. Having travelled 83,000 miles since new, the older repaint still presents very well with good gloss and generally nice cosmetics despite a few small scratches and minor paint flaws. As it sits, the exterior presence is best considered for ongoing preservation given the history it retains. The interior remains original throughout and is in remarkable condition considering the age, showing no major flaws to the seats, though seat cushion support material has relaxed over time. The instruments and switches are in excellent condition, and all appear to retain the original finishes. The soft top mechanism raises and lowers and affixes to the windshield and new latches have been installed to hold it firmly in position. The soft top material appears new and was replaced under current ownership but has not been used much and thus remains in very nice condition, showing only light hazing on the plastic window. A removable hardtop is included with the car, finished in matching Ermine white.

The engine compartment remains tidy and properly prepared though unrestored, displaying a correct and desirable original generator, correct distributor and wire covers, and other rarely seen original engine components. Details include correct cast aluminum valve covers, correct cast iron exhaust manifolds, and a correct original VIN stamped tag. The underside of the car is unrestored and in keeping with the use and miles recorded on the odometer. The undamaged and honestly presented underside even retains factory paint drips and raw yellow underside fiberglass finish found in unrestored Corvettes of this vintage.

The engine turns over quickly, the car idles smoothly, and acceleration is responsive. The brakes are very good, pulling down well and tracking straight. There is no slipping when the clutch is engaged or chatter off the line. The gearbox is smooth and easy to operate and frankly the entire driving experience counts as one of the best we’ve enjoyed in an original vintage Corvette.

This is a rare opportunity to acquire a special and important original Corvette, ready to use as originally intended, in keeping with the long-term original owner who cherished this Corvette for 34 years before selling it to the next owner who followed as well with 27 additional years of preservation and thoughtful ownership.

This Corvette is accompanied by a series of items which are believed to be original to this car, including an original 1961 Corvette shop manual, an original Corvette Service Guide, a color brochure featuring “Route 66”, the Owner’s Guide Owner Protection envelope, the original Owner’s Guide, Wonder Bar Radio operating instruction manual, a vintage photo of the car from the 1960s, clock instructions, and a vintage engine service tag.

Also included with the car is the original air cleaner, original dual four-barrel intake manifold, original carburetors, and a water pump which is believed to be original to the car. 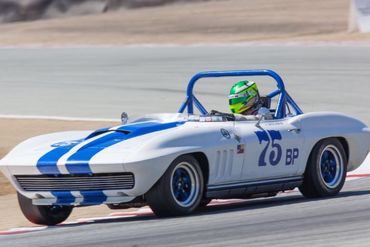 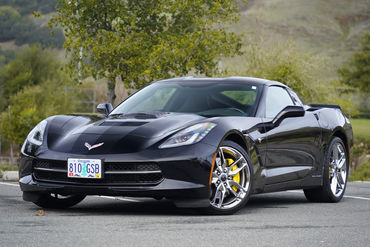