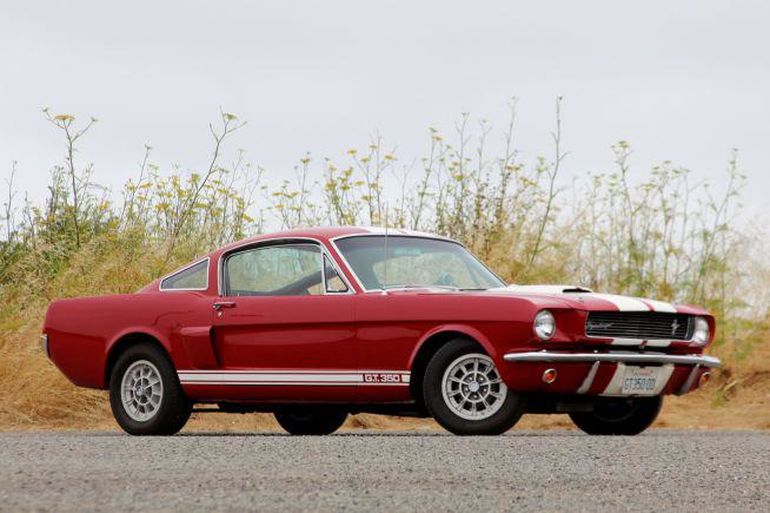 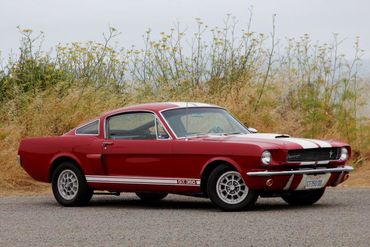 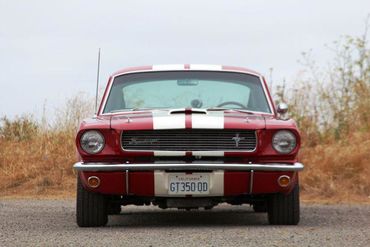 More than fifty years ago Carroll Shelby put his name on the first K-coded Mustang fastback, packing the potent 289/271 hp engine and just a handful of other changes, making the now legendary GT 350. And while individual modifications were seemingly minor to an already potent Hi-Po package, the collective difference was remarkable. Shelby knew how to market the new cars, his team knew how to drum up media interest, and with Ford race support, the word was out – if you wanted a capable American performance car that could compete against any of the high priced European offerings, the GT350 was a great choice. Not only was the GT350 a performance car, utilizing the proven Mustang platform, enthusiasts could enjoy American reliability and sports car handling without worrying about costly maintenance or difficulty acquiring parts.

By 1966 successful sales and racing momentum with Ford had grown significantly. Both Shelby and Ford increased their marketing efforts, expanding the Shelby offering, beginning with a range of paint colors including red, blue, green, black, as well as white. Other notable changes for 1966 included clear side windows (replacing the Mustang roof extractor vents), optional fold down rear seating (replacing the rear spare tire tub), and functional side scoops (aiding in rear brake cooling). Sales more than doubled the previous year with 1966 GT 350 production reaching 1,373 fastbacks (not including 1003 Hertz special edition cars). For 1966, Shelby offered a Paxton supercharger as a performance option (reportedly boosting engine output to over 400hp). Although only eleven cars were fitted from Shelby with superchargers, it would become one of the near legendary features of what arguably is the most sought after American performance car of the 1960s.

This Shelby GT 350 is one of 1,373 1966 model year cars. Delivered new to Hayward Motors in Hayward CA May 16, 1966, the first owner was Leo De Ricco of Castro Valley, CA. De Ricco must have been doing a lot of highway driving because he ordered the car with a rare Shelby option – Hone-O Drive. With a simple secondary switch lever mounted alongside the gear selector, the overdrive unit allowed performance from the tall gearing to return better fuel consumption when cruising long distances on the highway. Following ownership in California into the late 1980s, an older copy of the “Shelby American World Registry” notes the last owner being as Tom Fry, 1986. Fry, a resident of Morgan Hill, CA, installed the supercharged engine and a mild B&M transmission kit in the early 1980s and owned the car for several years before selling it to a resident of San Jose, CA. The current owner, also a California resident, purchased the car in 2007 and has enjoyed it both as a driving car and occasional show car. Based on the ownership history, it appears as though this Shelby has spent most of its life in California.

Today, sporting the rare Paxton supercharger, original Hone-O Drive, and very nice cosmetics, this GT 350 is ready for enjoyable use while still maintaining originality. The original engine was thoughtfully removed from the car, and has been comprehensively and freshly restored (with zero miles) at a cost of $20,000.00. The engine is mounted on a stand and offered with the car. The paint is in very nice condition overall with high gloss and accurate stripes applied in the correct color. Panel fit is quite good throughout the car, showing only mild areas of variation, typical of these cars. Chrome is in very good to excellent condition throughout the car with very nice bumpers. Lenses and glass all appear clear and well maintained. The Shelby wheels are in very good condition with no major damage and tires show good tread, ready to prove the Paxton induced power that lurks under the hood.

The interior is in very good condition overall with no major flaws and excellent overall presentation. The dash is in very nice condition showing no cracks or tears. Instruments are clean and clear, proudly displaying 86,548 miles, which are believed to be original. The automatic transmission selector is accompanied by the Hone-O Drive selector and flanked by an owner-added fire extinguisher. The front seats feature wide competition seat belts – a nice touch fitting to the racing lineage of these cars. Door panels and headliner further support the beautiful interior, as does the correct dash mounted tachometer and three-spoke Shelby steering wheel.

Under the hood, the car has been restored using a proper engine block, dressed with Cobra valve covers and fitted with a Paxton supercharger. The intake manifold, and cast aluminum pressure box (with COBRA lettered castings) are properly finished with stain black and raw aluminum finish. The Paxton supercharger unit is polished and houses factory style air hosing directly to the side mounted air cleaner. The engine is also fitted with the correct style COBRA cast aluminum oil pan. Attention to detail under the hood is in keeping with the driving enjoyment that comes from owning a performance car. The engine compartment is presented largely with factory style finishes and fittings but updated where necessary in order to deliver a car for modern use. The restored original engine (which is sold with the car) has been very accurately rebuilt and assembled with originality in mind. The underside of the car reflects a largely original unibody car with no major damage of note and certainly evidence of use, but proper care along the way.

The car is mechanically reliable and quite robust. The engine cranks over easily, erupting in a quick bark of power, then settling into a throaty idle. The automatic transmission slips into gear easily, urging left foot braking to calm the eager engine. Once idle has settled in, the engine is warm, and you have obtained your launch codes, all that remains is to press the accelerator and journey back in time to an era when V8 power commanded the roadways. Power comes on strong off the line, and again when the supercharger takes another gulp, pressing you back in the bucket seats. And that’s just low gear. The fun continues entering the corners where the improved suspension and wider tires bring on the sweeping delights, exiting each apex with power to spare and another gulp from that Paxton supercharger. Hitting the highway, engine revs settle down when driving is “Honed” to allow comfortable cruising, activated by the overdrive. The well-balanced GT 350 delivers excellent steering response and confident braking, both as a road car and performance machine, ready to please even the most jaded sports car owners.

This 1966 Shelby GT 350 is offered with records showing the rebuild for the engine, various ownership documents, Shelby Registry Book, and the original engine fully rebuilt and ready to go. Offered with a rare Paxton supercharger and factory Hone-O Drive, this Shelby is ready for your cruising pleasure, local shows, or enjoyable performance driving.