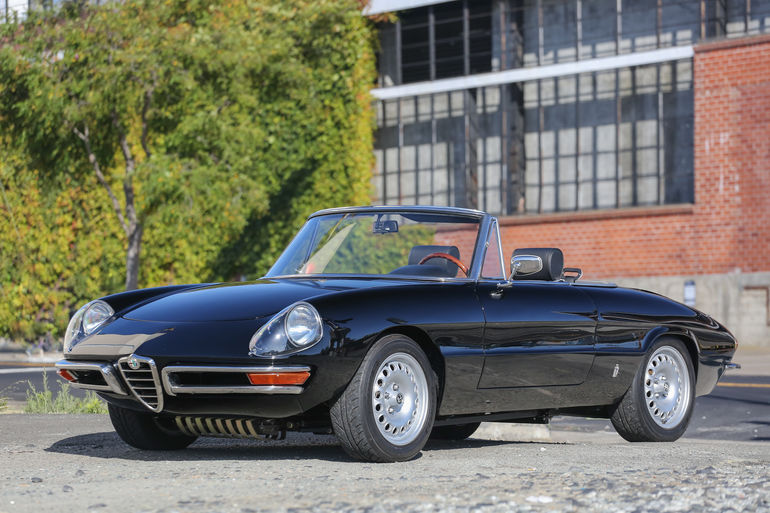 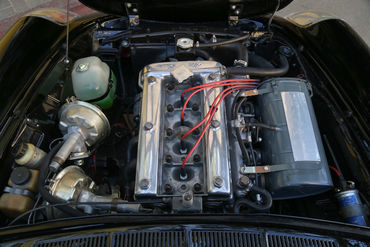 Coming Soon to BaT: A Remarkable One-Off Alfa Romeo Outlaw. Over $120,000 in Receipts on File to Create this Ultimate Open-Air 1960s Italian Masterpiece.

At a critical time for the growing Italian manufacturer Alfa Romeo, the success of the Guilietta was already paving new ground for what might come next. After careful planning, the consumption of local wines, and consulting with Pininfarina, Alfa Romeo chose to develop a new design leveraging the durable platform, rounding out an already fantastic lineup of cars. The resultant all-new design came from the talented hands of Design Director Franco Montinengro. It would be the last project composed under the founder Battista Pininfarina. The first series spider launched to great acclaim at the Geneva Motor Show in March 1966. Originally receiving the moniker of Spider 1600, the name “Duetto” would later arrive through a novel customer competition, the winning entrant selected as the name invoked the charming association and energy of two-place motoring. Alfa Romeos have long been prized for their exquisite designs and performance, but here with the Duetto a fantastic little sporty car with open configuration was not only well-appointed and beautifully finished, it was as capable in all out performance as it was casually touring through country roads. Over the years, the Duetto has become more and more sought after by collectors seeking an affordable vintage sportscar offering twin-cam power and open configuration.

The series 1 cars (1966-1969) were delivered with 1570cc twin-cam engines and dual Weber two-barrel side draft carburetors, producing 108hp, a 5-speed manual transmission and disc brakes. By 1969 the engine was updated to the 1750 adding SPICA mechanical fuel injection for all cars delivered to North America. Among the most unique features of the series 1 is the beautifully tapered rear “round tail”, derived from the breathtaking Alfa Romeo S3000 Superflow show car. This distinctive feature was changed in series II and later cars to the shorter Kamm tail. The basic design of the Duetto Spider would continue largely unchanged for three decades, including an appearance in the critically acclaimed movie “The Graduate” – just one of the many tributes to the adventurous spirit and sporting legacy behind these capable and endearing cars.

This particular example has been the result of a performance-oriented restoration with important modifications as deemed by the owner and his selected cadre of specialists. The car began with the current owner’s purchase of a Spider Veloce in March 2016. The car was immediately stripped to bare metal with specialized metal work performed including welding in the nose bump, shaving and filling the exterior door handles, badge mounts, marker lights, convertible top tie down, and wiper motor arm holes. The resultant effects of these changes delivered a more roadster-like appearance. Additional work included welding in the steering box reinforcement plate, repairing the rear trunk lid hinge attachment points, and installing a new oil pan guard.

The car was then painted using single stage paint on the exterior panels, dash, and underside of the front and rear lids. The wheel wells and underside of the car were finished with black POR15, while the trunk interior was finished with grey POR15. Completing the body and paint, a new windshield and gasket was installed along with new hood, doors, and trunk seals, as well as new hood heat shields. A “flag type” Alfa Romeo exterior rearview mirror was also installed.

With the drivetrain, brakes, and suspension now handily addressed, the owner and his team addressed the interior with the same level of attention, focusing on how to thoughtfully improve on the original concept of the Duetto with sensitive performance enhancements. The older interior insulation was removed, and the floor and tunnel surfaces covered with Dynamat insulation throughout the cabin. Grey German square weave carpet was installed, along with new door cards and sun visors. A new dash and lower dash pads were installed, and a Pininfarina radio delete panel was installed to signal the value of the twin-cam engine sounds as the primary source of aural entertainment. The stock instruments were recalibrated and refinished with new bezels and the cockpit finished off with a Nardi wood-rimmed steering wheel and hub. New window regulators were installed along with new track felts and upper trim panels as well as A and B pillar trim. A set of GTS Classics Coppa seats with three-point retractable seat belts and seat guides were fitted, featuring black leather seat material on the backs, sides, and headrests, accented with grey Alcantara seating surfaces. In the trunk area, new rubber mats were installed, along with a powder coated spare wheel and original type jack.

As many enthusiasts will concur, a project of this undertaking often includes many smaller details that can add up to a significant difference in the overall presentation of a car. Among the other thoughtful details included in this build, the battery was relocated to the trunk and new cables and shut-off switch installed, a new alternator and starter were installed, the heater box was restored and rebuild, and the headlights were upgraded with H4 units and modern relays. In all, including the original purchase price of the initial car in 2016, over $120,000.00 has been invested to make this fantastic driving example a very special and unique expression of the original first series round tail Duetto.

Today this Duetto presents with a unique look derived from original features and tasteful performance and aesthetic updates. The lowered stance sits perfectly on the 15” wheels, with gleaming black finish uninterrupted by fussy trim, only the Pininfarina side emblems accent the clean lines of the profile. The trim bumpers and delicately rounded tail are contoured with the formed taillights, finishing off the tapered tail, echoing the Superflow show car. Up front, the beautifully formed headlight covers also convey the Superflow theme, enhanced by the thin front bumpers and iconic Alfa grill. The bumpers and front trim are in very nice condition with an overall glossy finish that is very attractive, suitable for local shows and driving enjoyment. The paint finish shows some areas of orange peel along the lower passenger side door and rear quarter panel, which could likely be improved considering the car was finished with single stage paint. The hood fit and general gapping is good overall, however the trunk sits a bit proud of the right rear fender and the driver’s side door gap becomes progressively larger as it climbs up towards the window line. The general finish of the trim, windshield, emblems, and various chrome parts has been quite well done and properly fitted to the body surfaces. Overall the visual condition is representative of a car that has been built to be driven and enjoyed.

The interior has been very nicely prepared showing a combination of original components with correct high-quality materials and sensitive upgrades to make a more performance-oriented car. The seats are very well done with excellent finishes both in black leather and grey Alcantara with angular side bolsters to aid in cornering support. A very nice array of reconditioned instruments and a handsome Nardi steering wheel conveys the look and feel of a sporty Duetto. The dash pad, door cards, and square weave carpeting are all excellent accents to a very purposeful and clean interior. Under the trunk lid, a proper rubber trunk floor mat finishes off the luggage area per original specifications, with the battery relocated to a custom made mount, flanked behind by an original type refinished jack. Underneath the rubber mat, a restored spare wheel sits in the wheel tub.

Under the hood reveals a comprehensively finished Spica Injected 2000 engine. As noted, the engine was rebuilt in 2016 long with new finishes and a polished aluminum cam cover. All finishes were done to generally high standards with proper material upgrades as needed for improved durability. The polished aluminum dual overhead cam head is an excellent visual treat, flanked by the Spica Injection plenum and restored airbox. While every effort has been made to give the engine compartment a handsome and authentic appearance, the upgrades and cohesive visual appearance make this Alfa Romeo an enticing engagement of both performance and visual delight.

On the road, this capable Duetto promptly delivers on the performance promise offered in enjoyable open motoring. The engine fires quickly, hinting at the capability of the upgraded 2.0 liter engine and Spica fuel injection. Excellent power is on tap in all ranges but truly wakes up in the higher revs as the cams come on. The 5-speed gearbox and Sachs clutch operate well together, offering smooth starts and solid pedal pressure as you move through the synchromesh transmission. Ride is quite nice through traffic offering very capable cornering due to the lowered suspension, Koni shocks, and frame stiffener kit. Even driving at a more leisurely pace, this Duetto is very manageable and easy to use. Underneath the car is tidy and clean and quite well-presented including suspension components, stainless exhaust, and proper castings. Ongoing care and proper service performed over the past four years of ownership is clear. Although there is no evidence of previous accidents that might have caused structural issues, the floor pan shows areas that have been previously repaired, with some corrosion evident in typical areas.

Professionally finished and ready to enjoy as intended, this 1969 Alfa Romeo Duetto Spider is ready for an enthusiast owner to take the wheel and enjoy the driving pleasure so fittingly earned by the original design, now thoughtfully refined and enhanced for performance with just the right amount of modern improvements.