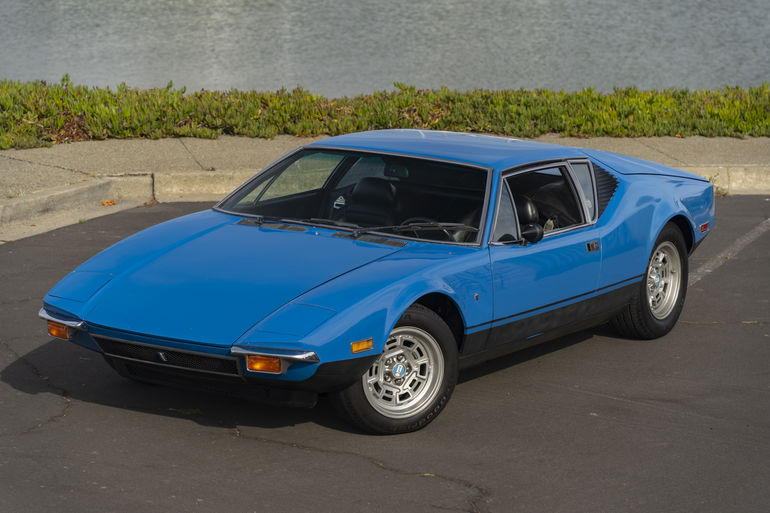 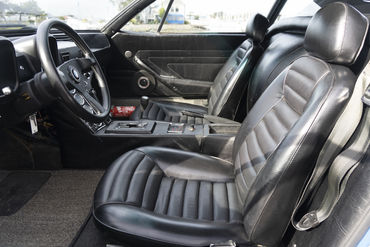 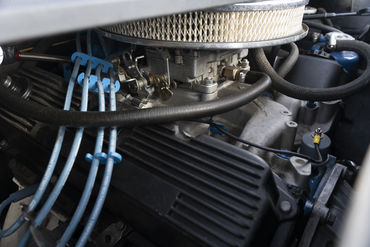 Designed by American Tom Tjaarda while working with Carrozzeria Ghia, the Pantera was the replacement for the lower volume Ford powered Mangusta. Built with a steel monocoque chassis and stamped steel body, the Panteras chiseled design featured a mid-mounted Ford 351 Cleveland V8 engine, ZF transaxle, and power assisted four-wheel disc brakes. The great looks and amazing performance captured the attention of Ford who purchased the rights to market and sell the Pantera through Lincoln-Mercury dealerships beginning in 1971 and continuing through 1975. Although the Pantera would continue in production for several years after Ford offered it in the states, the early series Panteras have become the most sought-after for their unique design, early specifications, and fantastic performance.

Among the most desirable of the early production Panteras, original 1972 examples retaining the original engine, early chrome bumpers, original paint, and Campagnolo wheels present a fantastic and rare confluence of important features seldom seen in a single car. Such is the case with this remarkable long-term California owned example. Built in May 1972 this series Pantera was one of the last in production to retain the chrome bumpers and integrated front turn indicators, which changed to the larger rubber bumper design in July 1972.

The car remained in indoor storage for several years through the 1990s and 2000s and in 2013 the owner began work on the car, performing much of the work himself. As a mechanical engineer with specialization in nuclear engineering, the owner was highly capable of restoring the mechanical features on the car, purchasing all the parts needed to rebuild the suspension, as indicated by invoices accompanying the car. Hall Pantera, Pantera Performance supplied Koni gas shocks with steel bodies and springs, along with stainless braided hoses and lines, along with other parts from premier Pantera vendors who supplied a new fuel pump, tie rod ends, steering rack boot end seal, and by 2014 a set of BF Goodrich front 205/60R15 and rear 245/60R15 rear radial T/A tires. Additional parts purchased in 2014 included new front inner and outer wheel bearings, front and rear brake pads, front wheel seals, upper and lower ball joints, rebuilt calipers, sway bar bushings, front spindles, and various hardware for rebuilding the brakes, suspension, and various hydraulic components on the car, some of which was jobbed out per invoice included.

This matching numbers Pantera not only retains the original engine stamped 02666, which also matches the engine number stamped on the engine deck cowling, it also retains approximately 85% of the factory original paint. Digital paint meters indicate numbers throughout the car surface under 4.0 with only one number 5.5 on the lower driver’s side upper rear fender which is believed to have been touched up and feathered in after a minor parking lot incident. Although the paint shows areas of discoloration, light marks, and typical areas of aging, the overall finish is remarkably glossy and very well kept given 50 years of age. A lower satin black area has been painted at the bottom perimeter of the car.

The panel fit is quite good throughout the car with factory fit and closures consistent with original examples still retaining all factory metal. The distinctive and desirable chrome front and rear bumpers are in very good condition as are the various other chrome side glass trim and corner marker light trim. Lenses and glass all appear clear and well maintained. The dual slot Campagnolo wheels are in very good condition with no major damage, minor edge marks, and tires which show good tread. In further support of the originality of this example, the car still retains both Carello headlamps and the original side glass.

The original interior is in very good condition overall with no major flaws and excellent overall presentation. The dashboard is in very nice condition showing no significant cracks or tears. The original instruments are clean and clear, displaying just over 33,000 miles on the odometer. The distinctive 5-speed manual gated gear selector sits proudly in the center console, displaying wear marks on the leather handle from years of exciting gear changes. Th vertically mounted Blaupunkt radio and descending instrument cluster finish off the distinct center console. The contoured bucket seats are in particularly nice condition including the pleated perforated seat insert material which often is dried out from excessive sun exposure. The carpet is in good condition overall but has faded over time, here too being original to the car. Door panels and headliner further support the originality of the car, as do other important details including the original headliner, seatbelts, and factory door tag.

Under the rear engine lid, the original engine resides with largely original exterior components per 1972 build specifications. With a build date of May 1972, this engine is believed to be the earlier, more desirable closed chamber “quench head” 4-bolt main Cleveland unit installed before the open chamber, lower performance variant installed in Panteras beginning in July 1972. The engine compartment is presented with factory style finishes and fittings showing evidence of age yet cohesively so, particularly in well-kept original cars. The removable luggage tub still retains the factory felting and the engine surround and supporting parts retain largely factory finishes consistent with other original aspects of this car. The underside of the car reflects an original unibody chassis with no evidence of structural damage or compromise to the main suspension points. All four corners of the suspension exhibit essentially new components as outlined in the parts invoices for the suspension rebuild.

The car is mechanically reliable and quite robust. The engine cranks over easily and idles with a characteristic Cleveland V8 lope. The gearbox is easily engaged with power coming on strong straight off the line, and again, gear after gear as speeds increase. Smiles broaden through corners where the rebuilt suspension and wide tires bring on sweeping delights at each exit along with excellent steering response and confident braking. On the highway, 5th gear supplies a comfortable cruising speed for longer drives with ample power on tap for downshift passing. A milestone of American performance with exciting driving dynamics and Italian design, the Pantera remains one of the most captivating mid-engine sports cars of the 20th century.