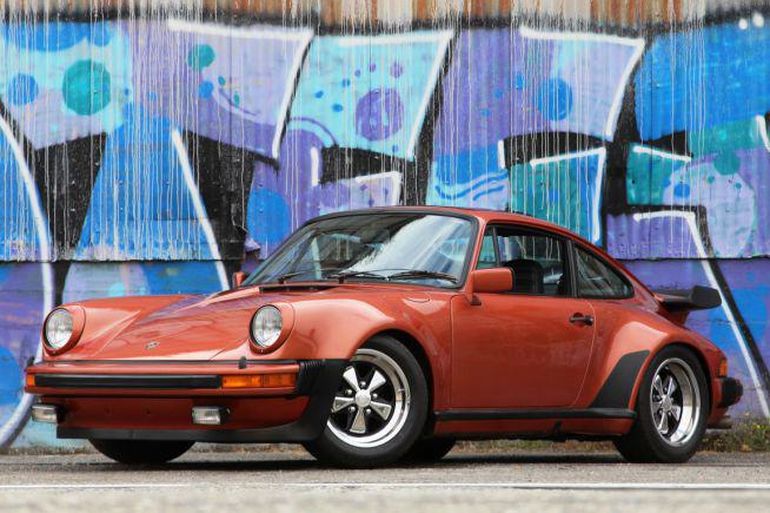 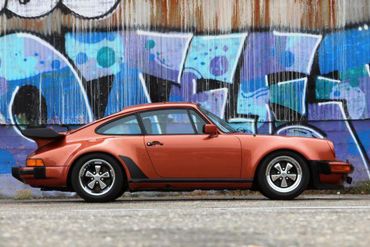 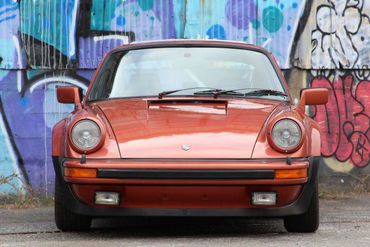 Although the Porsche Turbo is now a natural fixture in the consciousness of car buffs because it is such an iconic car, it was genuinely earth-shattering when it emerged in the mid 1970s. After massive success pioneering the use of turbochargers during the first half of the 1970s in the 917 Can Am and 911-based sports cars, Porsche had the knowhow to bring a reliable and capable turbocharged road car to market. The 930 was hugely impressive when new, and contemporary road testers gushed about its effortless ability to gain speed with deceptive composure, an attribute that seemed positively alien in a period when few drivers had experienced turbocharged cars. And indeed the car's massive performance by contemporary standards made it a genuine contender for supercar status, placing Porsche in a different category than it had previously occupied in the eyes of performance car junkies for the first time.

In many ways, the production 930 was diametrically opposed to Porsche’s previous high performance 911, the Carrera RS. Where the RS of just a few years earlier was a raw and elemental homologated race car adapted for the road, the 930 was a proper flagship: a luxurious and refined car meant to effortlessly cover great distance at high speed. However, during this period, competition prepared Porsche Turbos were cleaning up on the race track, and the 930's lurid fender flares and rear spoiler gave the car a distinctive, purposeful, and aggressive presence that would be immortalized, among other places, on the walls of many schoolboys. Although relatively affordable and overlooked by collectors for many years, early 930s have emerged as collectible cars thanks to their iconic styling, innovative technology, and direct connection to some of Porsche's most successful race cars, which by extension, means some of the most successful race cars of all time.

Initially available in a non-intercooled 3.0 liter variant that is now highly collectible, albeit curious to drive, a 3.3 liter intercooled variant superseded the 3.0 for the 1978 model year. By 1980, US laws had evolved enough to prevent the further sale of the 930 by Porsche North America, and it was not until 1986 when the incorporation of oxygen sensor, electronic assistance for the mechanical fuel injection system, and three-way catalytic converter permitted its return to the US. Thus, the 1979 model year 930 is, especially in the United States, a special year.

This particular car was manufactured in December of 1978 and sold new on the 7th of March 1979 to a resident of Ventura, California by Masterson Porsche-Audi, also in Ventura. Originally finished in the color combination it still wears today: salmon metallic with black leather Interior. It has been repainted but retains its original interior, books set, tools, and blue California license plate dating back to 1981, indicating that the car has spent nearly its entire life in California. The license plate indicates that the car was last registered in California in 2013. Accordingly, the car is structurally excellent.

The car also has its original, matching-numbers engine. The service book stamps indicate that the car was driven sparingly in its early life: just 6,000 miles in 6 years, but it was driven more regularly in later years: it now shows 103,000 miles. The car is pleasingly undisturbed, always a desirable trait in a 930 because so many of these cars were modified. It has its original intercooler, exhaust system, and steering wheel, and aside from a Momo shift knob, stereo system, and period alarm, the car has not been modified.

The car was repainted some years ago and is presentable with good gloss, but close inspection reveals numerous flaws: some chips from road use and some surface blemishes such as tape lines around the fender guards and blend lines on the A-pillars. The body is straight with good panel fit and operation, and the trim is in good shape. The glass, lights, and lenses are in good shape, with minor wear and a few hairline cracks in the rear lenses, which are European market lenses. The windscreen is a Sigla item and is likely original, with some road road wear. The car has H4 headlamps which are in excellent shape. The car sits on 7” and 8” by 16” fuchs which were chromed and are generally nice but there is some minor pitting to the finish.

The interior appears to be original and is excellent considering this. There is light wear on the driver’s seat bolster, but far less than would be expected given the mileage. The leather is impressively supple throughout. The leather on top of the dash shows some minor shrinkage and drying and the door panels are in good shape, with some aging. The carpets are in very good condition and the switchgear is original and in fine shape aside from missing center console knobs for the AC. One of the vent inserts in the dashboard is missing as well.

The engine compartment is stock and clean, but not detailed or restored in any way. The AC system and original intercooler are present. The struts for both the front and rear deck lids are effective and have likely been replaced recently. The trunk carpet is intact and in good shape, and the structural components visible when it is removed are also in good, undisturbed shape. The original spare and tool roll are present.

The car is very exciting to drive. The car idles perfectly when cold but hunts a bit when warm, but otherwise runs superbly. It is an evocative driving experience and seems to pull more strongly than most 930s. It boosts cleanly and is generally a very well-behaved engine. The typical 930 pops and crackles are audible through the exhaust on trailing throttle. The clutch grabs positively and the gear linkage is good, although the 3rd gear synchromesh is worn. The brakes are effective and the car has tight suspension and chassis, but it the steering does wander a bit as the driver gets in and out of the power and would likely benefit from an alignment at a minimum.

This is a fundamentally unmolested 930 that feels much the way most of these cars did 10-15 years ago before collectors started jumping on them. The underside of the engine is oily and the paint is presentable but not perfect, and there has not really been any significant restorative work performed. But this car escaped the fate of many 930s, namely the host of invasive modifications often deployed on these cars. A matching numbers example finished in its period original color, this car has books, tools, and is basically unmodified. It is also a structurally excellent lifetime California car, and could easily be used as is, comprehensively refurbished, or gradually improved as it is driven.