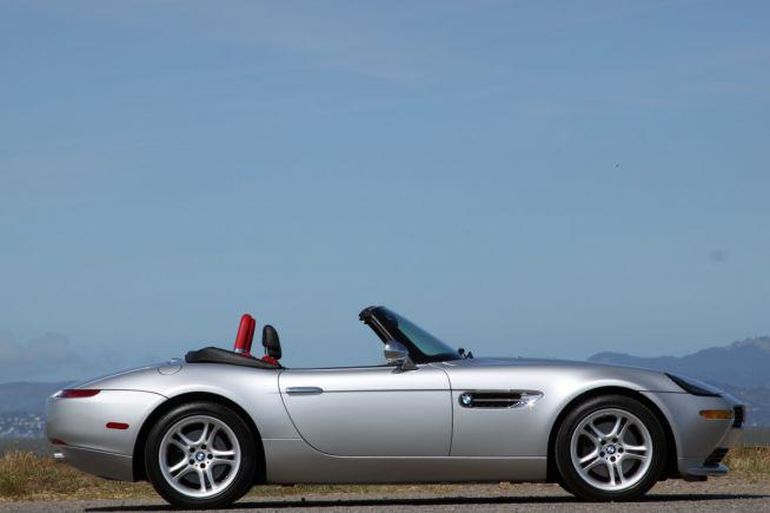 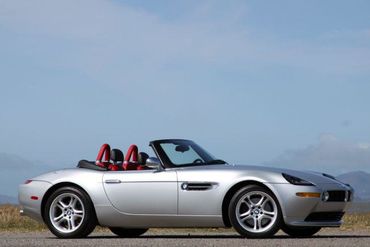 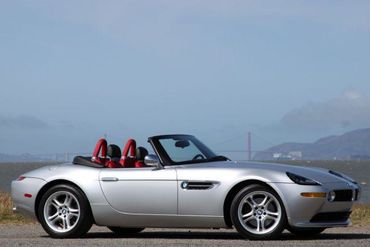 The Z8 began as the Z07 styling exercise designed by Henrik Fisker (who later became the chief of design at Aston Martin) in 1997. The car was so well-received that BMW decided to put it into limited production, from 2000 to 2003. Heavily inspired by the legendary 507, the car was packaged like a sports car from the 1950s with a long hood, occupants nearly at the rear axle, small doors, curvaceous fenders, low slung stance, and evocative chrome detailing. The cars were fitted with removable hard tops and were specially treated as limited editions, with unique keys, Z8 embossed tool roll, and various other unique details. This theme continued inside, with color-matched dashboard, centrally placed instrument cluster, and banjo steering wheel spokes.

Mechanically, however, the car was extremely sophisticated, and every bit a product of the 21st century. The frame is all aluminum, and many aluminum components were used in the suspension as well. The engine is a 4.9 liter quad-cam V8 with 400hp (from the M5, but with 500 fewer pounds to pull) mounted well behind the front axle line. On initial Z8s, this was joined to a 6-speed manual transmission, although the later Alpina variant had an automatic transmission and a 4.8 liter non-Motorsport engine, essentially an enlarged version of the 540i/740i engine (also shared with the X5 4.8is). The car has all of the modern conveniences and safety features supplied in new cars, from heated seats to side airbags, traction control, and anti-lock brakes. The resulting car was a legitimately high performance machine, yielding .92g of lateral acceleration, and posting a 4.2 second 0-60 time. Car and Driver’s tests bested their acceleration, grip, and braking figures achieved by the contemporary Ferrari 360 even! Priced at $130,000, 2,382 examples were sold in the United States, and the values have remained high, particularly compared against similarly expensive contemporary offerings from Maserati, Porsche, and Mercedes, all of which have depreciated significantly. Z8s have continued to appreciate in recent years and will continue to do so due to their unique aesthetic, high performance, and limited production. There are few other cars that can be aptly described as modern classics, but certainly the Z8 has all of the requisite ingredients.

This particular car is a 4800 mile collector quality car that was sold new in Connecticut, where it remained with its first owner for 12 years. It then passed via a dealer to a private collection, where it has remained since. It has been serviced at its regular intervals as required and is exceptionally complete with the various accessories that originally came with the Z8. The car was also fitted with Retrofit Performance Package number 51 71 0 420 758, which includes suspension brace, spring strut mounts, and reinforcement rings. It is very complete with factory hard top, hard top stand, hard top cover, hard top tool, tonneau cover, wind deflector, two standard keys, two valet keys, Z8 specific key pouch, two first aid kits, tool roll (embossed with Z8 logo) with tools, owner’s manual pouch with books, cup holder insert, and what is simply known as “The Book”. Every Z8 was supplied with a hard top and a copy of The Book, which featured a detailed look at the design, engineering, and construction of the Z8. It came in a special slip cover with leather cover color coordinated to the car’s interior and also had a copy of each car’s VIN sticker on the outside. Lastly, a photo of each car taken upon its completion was inserted on a special page, making each Book unique to the car with which it was originally delivered.

The car is in exceptional near-new condition. The paintwork is extremely nice throughout, with three touched up chips on the trunk lid, a few blemishes on the lower part of the front spoiler. The front bumper is otherwise nearly unmarked. The glass and trim are excellent, as are the wheels, which are free from curb rash. The tires are in good shape and are Bridgestone RE040s. The car employs unique neon lighting, which is striking when in use, and the side vents, almost directly copied from the 507, neatly incorporate the repeaters for the side indicators. The hardtop gives the car and aggressive stance and appearance, and is well-integrated into the lines of the car. It incorporates a heated rear windscreen and a full headliner with leather header rail. The soft top is fully lined and electrically operated. The rear window is still very clear and has only a small number of light scratches.

The interior of the car makes it clear that BMW went to great lengths to include details to make the car feel special. There is very little plastic, with most surfaces covered with leather or metal. There is leather everywhere, from the center console to the entire dashboard, and even the A-pillars, door tops, kick panels, and sun visors are covered with stitched leather. The door handles and pulls are made of metal, and even the steering column stalks are unique to the Z8, featuring metal switches. All of the switchgear and hardware are unique to the Z8, including the ventilation controls and window switches. There are splashes of body color accents on the doors, seatbacks, and dashboard. There are numerous neatly integrated storage compartments throughout, including behind the seats. Naturally, these compartments are lockable. There are also padded leather-upholstered areas on the transmission tunnel that evoke cars from the past. All aspects of the interior or like new, with virtually no wear on the seats and a few scuffs on the metal sill plates from ingress and egress. There is also light wear to the floor mats.

The trunk is extremely clean and like new. It is usefully shaped for carrying baggage, and includes a number of extras including the unique to the Z8 tool roll, which even has the Z8 emblem embossed on it. The engine compartment is like new, being very clean and completely stock.

The car is a pleasure to drive. Perhaps one of the most interesting aspects of the driving experience is the combination of classic packaging with modern performance. Certain aspects of the car, such as the front engine, V8, manual transmission, and general sense of occasion associated with driving it are quite similar to classic cars. Other parts of the experience such as the performance, solidity, and general feeling of effortless usability are quite modern. Dynamically, the car is well-behaved, with a proper sports car feel. The car gives the impression that it would be predictable but thrilling with the traction control off thanks to the ample power and rear wheel drive, yet the traction control keeps things sensible and safe. The shifter is crisp and a pleasure to use, the clutch easy to modulate, the steering light and precise, and the platform impressively rigid. The engine sounds like a proper V8 and has massive power and torque for a car of this size and weight. The brakes are capable and the general spirit is consistent with a modernized and far safer Cobra. In short, it is the best of both worlds, with modern usability, searing performance, and a genuinely special feel.

This is an excellent opportunity to acquire an investment caliber Z8 that is very complete, has no stories, and needs nothing. The car has exceptionally low mileage and is in excellent condition throughout. These cars blend classic and timeless styling with modern performance and technology, making them a rare blend in today’s motoring world. Certainly the enthusiast and collector markets agree, and the persistently strong values and appreciation of these cars are a testament to their enduring desirability. 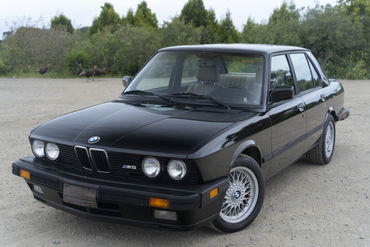 Bring a Trailer NO RESERVE auction preview: In excess of $8,000 in recent mechanical expenditures. An ideal candidate... 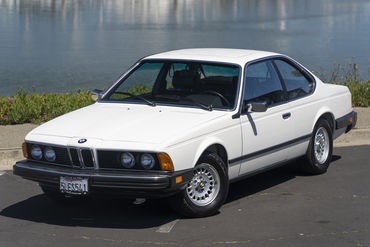 Bring a Trailer NO RESERVE auction preview: Museum-grade one owner example with less than 10,000 miles from new....