Rich with history, this amazing 1932 Ford Roadster can be traced back to July 1946, when Jack Kukura of Bell, California and early member of the Gear Grinders car club, purchased it for $385. From 1947 through 1960, Kukura ran the car at the Southern California Timing Association (S.C.T.A.) events and at the world-renowned Bonneville Salt Flats in the late 1950s.

In May 1947, Kukura began racing the car at El Mirage, running at 97.29 mph. The roadster steadily evolved, and, by October 1947, the installation of a Mercury V-8 engine helped it reach speed of 120-plus mph. Kukura continued to run the ’32 Roadster with a flathead engine through 1956, the same year he received the Gear Grinders Die Hard Award.

In 1957, Kukura installed a blown Chrysler 454 cid Hemi engine, bringing speeds up considerably, clocking between 145 and 190 mph in several runs. Joined by driver Jim Lindsley—a member of the 200 MPH Club and former S.C.T.A. and Gear Grinder president—Kukura made one final attempt to beat their record of 189.93 mph at Bonneville in 1960. After clearing the first timing trap, the roadster spun out at 200 mph. After coming to a controlled stop, he declined to make the return run. After 1960, Kukura retired his ’32 Roadster and
kept it until he died in 2005.

With the exception of an appearance at the 1986 L.A. Roadster Show in Pomona, California, the Kukura Roadster was virtually unknown. Since his passing, the roadster has had only two private owners: the previous owner, a California collector with a passion for unrestored cars, entrusted the ’32 to American Classics and Performance in Cotati that carefully returned the roadster to running order while preserving its original condition.

Sitting in the original boxed and braced ’32 Ford frame is the massive Chrysler Hemi equipped with exotic Donovan Engineering heads, Hampton blower, Weiand manifold, Vertex black-cap magneto, and ultra-rare Airheart disc brakes.
The previous owner reports that this incredible ’32 Roadster is justifiably “thrilling and challenging on the road,” as it retains the same set-up that allowed it to run 180 mph–200 mph at Bonneville in the late 1950s.

The dream of nearly every hot rod enthusiast is to own a real ’32 Ford Roadster with period El Mirage and Bonneville history. Before he located the Kukura Roadster, the consignor “never believed there was a car like this that existed.”

Yet, against all odds, Jack Kukura’s 1932 Ford Roadster remains with us today – a true survivor from the golden age of Southern California hot rod culture and a lasting testament to the man who built and preserved this exceptional car for almost 60 years.

Included with the sale of the Kukura Roadster is an impressive binder that contains period photographs, an original Gear Grinders S.C.T.A. patch, five trophies, a handwritten spec sheet, and home movies showing the car running at Bonneville in 1958 and 1960. 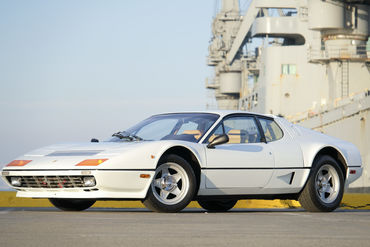