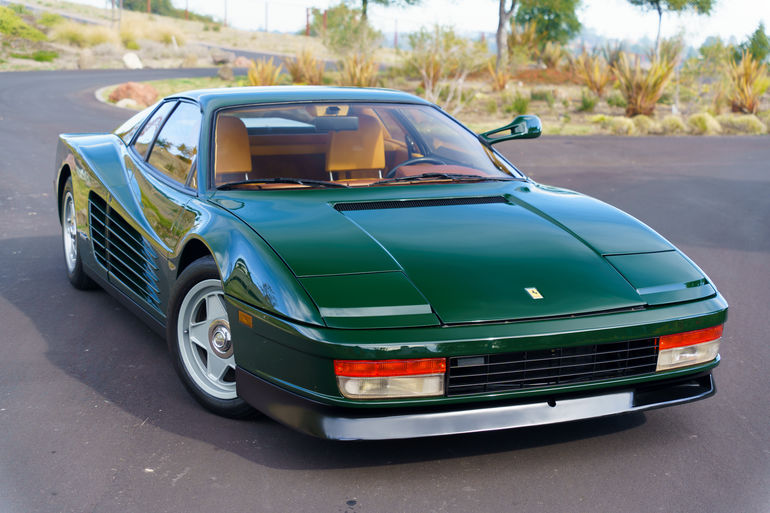 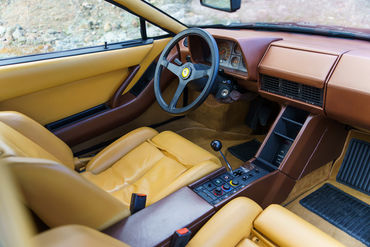 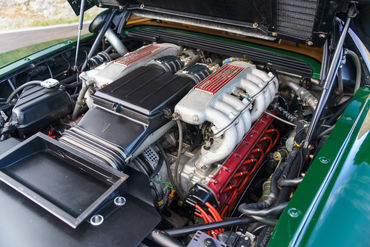 Introduced at the Paris Auto Show in 1984, the Pininfarina designed Ferrari Testarossa stunned the world with unprecedented styling, remarkable performance, and technical innovations. Designer and trained aerodynamicist Leonardo Fioravanti dealt with the previous cooling challenges and cabin heat in the 512 Boxer, by placing radiators on each side of the car, adding a full 12” of additional width while also increasing the wheelbase of the former Boxer platform. The added room allowed for ample trunk and passenger space, but also resulted in a bold design feature; enormous side openings, accented by five horizontal strakes, which visually diffused the vast intake chambers. Whatever controversy ensued over the looks was immediately quieted by surprising performance statistics and ultimately record-breaking sales.

This Testarossa is an early series, which features the single side mirror, placed high on the driver’s side A-pillar, or “Monospeccio” designation. Later series cars would adopt dual mirrors mounted in a lower position, removing one of the most unique features of this car.

According to the recent Carfax, this example was titled in Huntsville, Alabama in May 1986 and later in Chicago, Illinois where, by 1995, mileage had accumulated to 23,717. In 2000 the car, then located in Madison Heights, Michigan, remained until 2005 when sold to a resident of Cleveland, Ohio with 27,775 miles indicated. The same owner retained the car until 2016, which had, by then, accumulated 41,000 miles.

The current owner, a Houston, Texas resident, purchased this car in April 2017 with approximately 41,00o miles, adding just over 5,000 miles over the past five years of current ownership. Services have been regular with experts at Ferrari of Houston and Specialty Car Solutions, also in Houston performing needed services including annual and belt services. Under current ownership, a full repaint was performed by TopGear, Houston (Ferrari body shop) in PPG Verde Abetone.

In 2021, this car was featured on the lawn at “The Quail: A Motorsports Gathering” as part of “The Great Ferraris” display.

Today with just 46,000 miles indicated, this properly preserved and maintained Testarossa presents beautifully in Verde Abetone with tan leather interior. The exterior of the car is very nice, owing to the comprehensive and detailed respray performed under current ownership. The bumper caps are beautifully fit, and the side vent details are straight. The wheels are in excellent condition with no significant damage to the surfaces or edges. The glass, trim, and Testarossa signature black accents are all in excellent condition, including the emblems, script, lighting, and lenses.

The interior is in equally nice condition, presenting clean and tidy interior finishes, properly maintained since new. The leather remains supple with minimal wear throughout, showing some surface wear on the left bolster of the driver’s seat, typical of these cars. Seating cushion and support bolsters remain supple and smooth, as do all leather surfaces including very straight dash stitching and smooth leather without lifting or puckering. The dash and black panels are in very nice condition and the carpeting and kick-plates are clean and devoid of significant scuffs or stains, showing slight wear in the pedal box area.

The engine compartment and trunk are tidy and reflect correct finishes and components. The engine has been expertly maintained and all finishes appear factory correct with proper hoses, air cleaner, and wires. The professional service work and timing belt service was performed with proper cleaning and attention to detail. The painted red heads, from which the Testarossa name is historically derived, are clean and nicely finished as are the intake plenums and embossed Ferrari cast lettering. The trunk liners and carpet are clean as is the fresh spare tire and specialized matching rim. The chassis appears clean, free from any structural damage, and while generally tidy and dry, there is evidence of road use typical of a car that has been enjoyed as intended.

The car starts easily and idles with a nice mellow V12 growl. Driving is quite nice with progressive acceleration, great torque, and wonderful power on hand to delight even the most familiar performance drivers. Visibility is surprisingly good given the width of the car and the low stance. The Monospeccio single mirror feature is perfectly placed and surprisingly allows a great deal of rearward visibility over the sweeping rear fender, giving good visual coverage to flanking lane traffic. Seating position is excellent even for taller people with easy to reach controls,

Ready for enjoyable driving or further preparation for shows and events, this well-kept Monospeccio Ferrari Testarossa offers enthusiasts the captivating combination of ground-breaking design and legendary mid-engine 12-cylinder performance as only Ferrari can truly deliver. 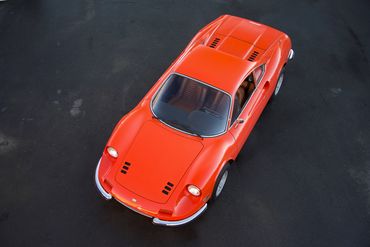 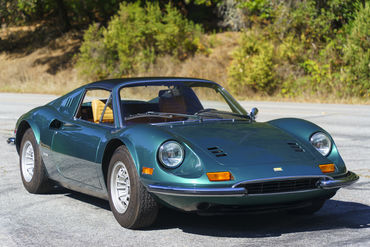 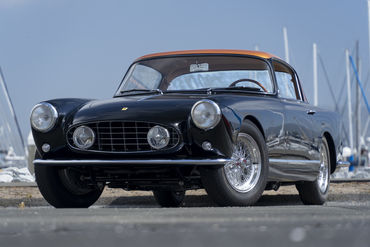