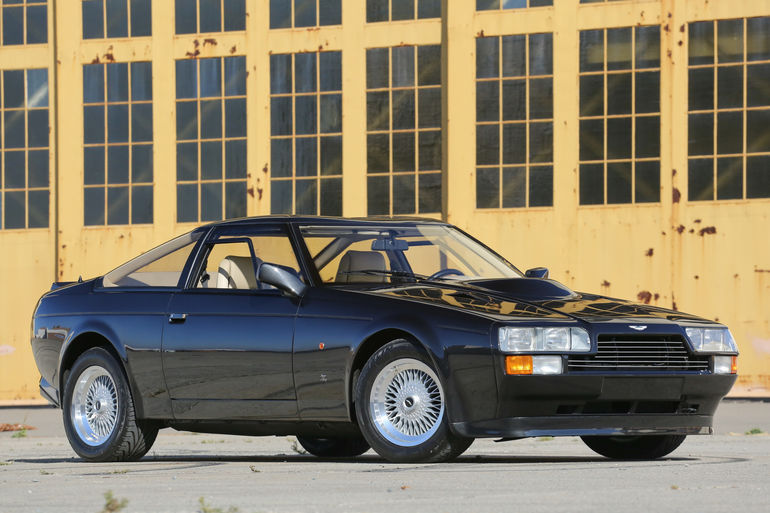 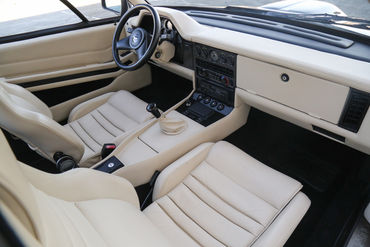 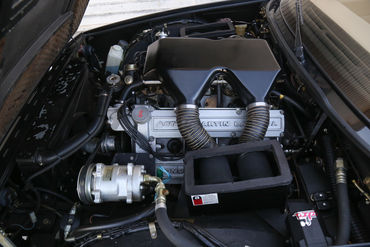 The Last of Just 50 V8 Vantages by Zagato, and 1 of Only 15 Delivered in LHD. 4,273 Kms Since New! Recent Major Service by RS Williams and Shown at The Quail, and Greenwich Concours d'Elegance. A Bespoke, Coachbuilt, Investment-Grade Aston Martin with a Fascinating History.

With a rich tradition of competition victories and superlative design, Aston Martin was continually challenged to build new and exciting offerings for their elite clientele. Competing against more financially formidable competitors, Aston Martin had to offer something more – a unique driving experience coupled with limited edition exclusivity. As part of their rich history, Aston Martin had partnered in the 1960s with Zagato to build the remarkable DB4GTZ. This lightweight, aerodynamic competition car would prove to be quite significant though plans were made to build only 25 road cars. With struggling sales, just 20 examples were built, creating a mystique around this partnership that grew as values of these DB4GT Zagato bodied cars began to escalate.

By the early 1980s it was clear that the DB4GT Zagato had become an icon of sportscar history. By the mid 1980s both Ferrari and Porsche were featuring performance offerings in limited edition. Aston Martin quickly realized they too needed a limited-edition car for their premier clientele. Production for the new design commenced in 1986 targeting just 50 examples. Each bare chassis would be shipped with mechanical components to Zagato, Italy where it would be bodied and trimmed and then returned to Aston Martin for detailing and final finishing. Striking details in the short wheelbase body design included uniquely shaped side glass, distinct angular body lines, wraparound rear glass, and the trademark Zagato double bubble roof. The look of the car was both futuristic and elegant, with a powerful stance and purposeful presence.

According to copies of build records accompanying the car, this particular example, 0043, is a late production car initially completed in September 1987. The first owner, Sheikh Abdul Al Thani, of the Qatari Royal Family, placed his order November 14, 1986. Aston Martin records indicate the car was completed in Javelin Grey with Docks Grey leather and Beige carpets. Further build order details included Middle East specifications with Left Hand Drive. Factory records further support the numbered engine and heads, dyno testing, and power output of 340bhp. In April 1987 the completed chassis was dispatched to Zagato. Upon completion, the car was imported to Chapman Spooner, UK, October 1, 1987, and issued license plate E601XMJ. Sheik Al Thani took delivery of the car in the UK, never exporting it to the Middle East.

By July 1989 the original car had accumulated 5,640 Kilometers when it was involved in an accident in Spain while being driven by one of the owner’s employees. Having been significantly damaged, the car was returned to Aston Martin and deemed unrepairable, despite the fact that both doors were still operable. In discussions with the insurance company, the decision was made to totally rebuild the car with a new chassis and body. Taking advantage of the newer developments in the Volante, updated interior and exterior features were incorporated as the car was rebuilt. Essentially a new car when completed in August 1990, the car was finished in Litchfield Black with parchment leather interior. Among the additional features included were a smaller rear bumper, the forward portion of the dashboard covered in black, a Volante Zagato interior with gloss black woods, and locking center console lid. Having been delivered as new, the odometer was set to zero and the very last of the Aston Martin Zagato built cars was returned to the original owner. A total of 51 Vantage Zagato coupes were built, but only one with the unique final factory construction features offered in this car.

Upon completion of this expert service, the car was shown at the 2018 Quail and featured in the Zagato Centenary Class at the 2019 Greenwich Concours d’Elegance. Acceptance from “Aston Martin Assured Provenance”, a newly created factory authorized program documenting historically important cars, has recently been issued for this car.

Today this exceptionally rare and refined matching numbers Aston Martin Zagato delivers all the unique design features and performance presence that defines this dynamic partnership. Showing only 4,180 kilometers, the factory applied paint is in beautiful condition with excellent gloss throughout, even panel gaps, and proper body contours. The only notable flaw being a small paint chip at the bottom edge of the front air dam. As a late series car, returned to Zagato and prepared with updated chassis engineering, the body structure and panel refinement is evident in the construction details, particularly when compared to earlier examples. The exterior trim has been properly preserved and detailed. Void of any chrome trim, the painted features and black details are well-preserved. The broad sweeping black metallic surfaces are accented by factory supplied V8 Vantage Ronal-style wheels, shod with four Michelin Pilot Sport tires. The uniquely formed glass is in excellent condition, showing minor perimeter delamination on the edges of the windshield. Lighting, exterior lenses, and indicators are all in excellent condition. The clean trunk lines are cleanly finished off with the attractive rear bumper, and thin taillights.

Attention to detail, quality materials, and elegant finishes continue throughout the interior of the car. The parchment leather seats and door panels contrast elegantly against the black carpeting and specially fitted black dash pad. A clean and easily read array of detailed instrumentation fills the main binnacle, with an array of switches and vents accenting the descending center console. The factory installed Blaupunkt radio is a nice touch updated when the car returned to the factory. The parchment leather booted 5-speed manual shifter is perfectly placed, forward of the unique locking center console. The interior leather surfaces are in excellent condition with correct stitching and minimal evidence of use. The trunk compartment is finished with correct materials per original specifications, retaining a space saver spare tire.

The engine compartment has been properly maintained with all finishes, fasteners, and correct factory components evident as intended by Aston Martin. The components are clean and free of excessive wear or use, showing some evidence of use in typical areas, but still remaining clean and properly detailed. The engine bay and all hardware have been maintained to a high standard. The undercarriage is tidy and clean, representative of light use, though not prepared for show. There is no evidence of structural compromise when inspecting the underside of the car, further validating the kilometers shown.

The car starts without hesitation and drives with the intensity and performance one expects from a car with near staggering capabilities worthy of supercar status. Seating position is quite nice with expansive views due to the wide, tinted glass. The gearbox exhibits smooth operation through all five speeds with a very comfortable clutch. Acceleration is impressive, responding equally to quick jaunts up to highway speeds or while enjoying the short wheelbase platform carving mountain roads. Steering and braking are quite well balanced, delivering performance and grace under virtually all driving circumstance. Accompanying the car is an owner’s manual, accessory manual, two alarm key fobs, documentation supporting the Aston Martin factory build work, an auction banner featuring the car, a recent Carfax, factory jack with bag, safety triangle with bag, and a complete factory tool roll.

Beautifully finished and historically important, this coach built Aston Martin Zagato is eligible for AMOC Events and many of the top international Concours d’Elegances throughout the world. Capable and unique, not only by virtue of construction and design, this wonderful left-hand drive example is an excellent addition to any collection of highly prized performance sports cars.

Please note for California emissions reasons, this car is available to a licensed dealer or a non-California state resident. 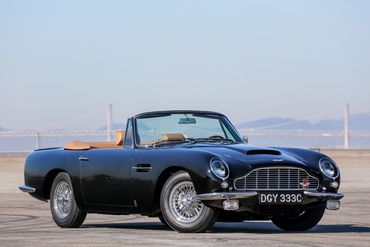 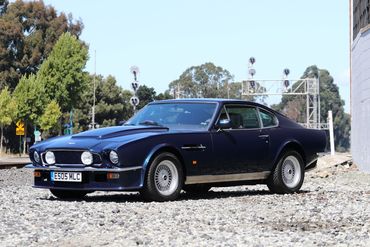