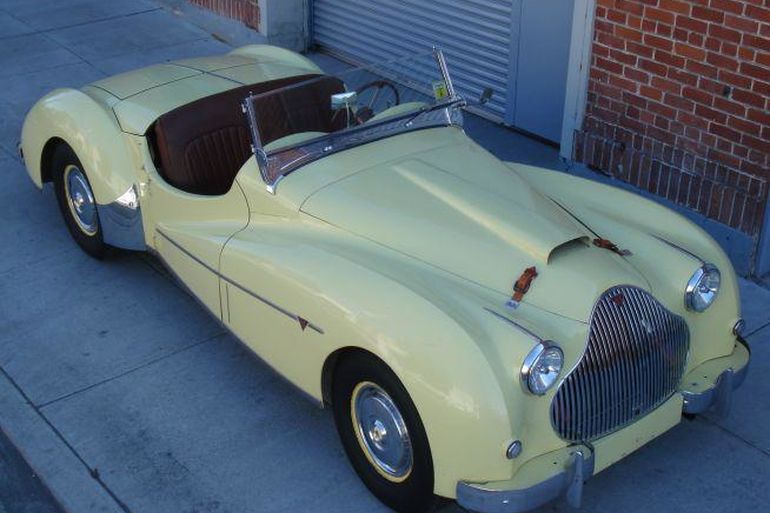 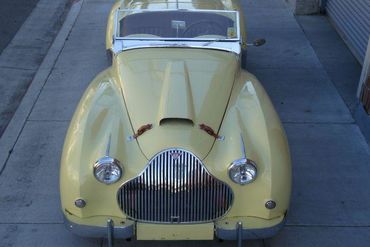 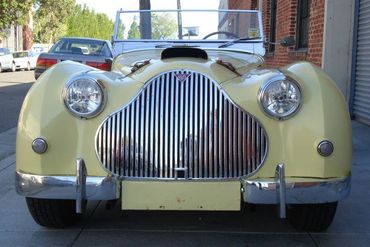 1950 Alvis TB14 Sports Roadster s/n 23555 Pale Yellow with Camel Interior Alvis, while not extremely renown in the United States, is a celebrated manufacturer of sophisticated and unique cars with a sporting flair. Founded in 1919, the company survived the second world war through military production and was known for a number of interesting technological features including front wheel drive, which it introduced during the 1920`s and 1930`s. After sustaining heavy damage from bombing during the war, car production resumed 1946 with the TA14, which was replaced with the mildly updated TB14 in 1948. Just 100 of these cars were built and only four are known to be in North America, according to the Alvis Owner`s Club. This particular car has enjoyed just three owners, and has been in the United States since new, having been originally sold in Miami. It was originally configured for the US market with LHD, MPH speedometer, and American lighting, according to the original build sheet, and is likely the only car that was so equipped. The second owner bought the car in 1972 with a 283 cid Chevrolet V8 and 2-speed automatic, which the car retained until he had it restored in 2001. At some point during the mid 1970s, he had the car repainted in its current light yellow and had the chrome replated, and this was left untouched during the restoration. The restoration included much professional mechanical work including the fitment of independent front suspension with rack and pinion steering and disc brakes. A Ford 9-inch rear end was fitted and the rear brakes were updated to hydraulic drums. The wiring harness was completely redone and the engine was replaced with a new crate 350cid V8 with a 4-barrel carburetor. The engine is estimated to make about 300hp and the transmission is a 3-speed automatic. The interior was completely redone including new leather upholstery, new carpets and gauges, and the dashboard was completely redone in burled wood. A Sony CD player was installed in the trunk, and seatbelts were also fitted. Various other systems were also renewed including the radiator (with electric fan), exhaust system, tires etc. After its completion, the car was used in a number of tours and events before the current owner purchased it. Today the car remains in sorted and fundamentally rust-free condition. The paint is older and has held up well, but was a basic job appropriate to the value of the car at the time. not a very good job to begin with. There is orange peel and it is thick, but is unfaded and would respond well to efforts to tidy it up. There are a few imperfections about the car that have been touched up. The car is cosmetically otherwise very nice, with generally nice bright work, though it is showing age in some areas such as on the rear view mirrors. The glass and lenses are very good throughout. The interior is excellent, having been redone a few years ago. The wood dash is lovely, as are the gauges. The upholstery and carpets are excellent as well and a pair of seat belts has been fitted to make touring safer. The trunk was also redone. The engine compartment shows the professional quality of the installation and shows excellent workmanship. The firewall is detailed and the motor clean, including the Edelbrock carburetor. The car drives very nicely and its usability is greatly enhanced by the upgrades to the powertrain, transaxle, suspension, and brakes. It stops and corners very nicely and the motivation provided by the V8 is quite brisk. In all this is a great opportunity to acquire a car that is unique in the strictest sense of the word. The owner has commented that the car receives a great deal of positive feedback and curious inquiry, and the car makes a reliable and fun way to enjoy open air motoring. With the car come most of the original parts (but not the original engine and transmission) and the side curtains. A magazine from 1950 featuring an article on the TB 14 is included as is a reprint manual for the largely similar TA14.
View All Photos 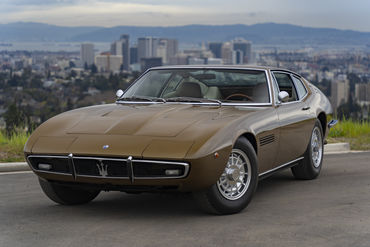 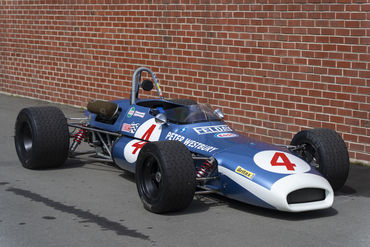 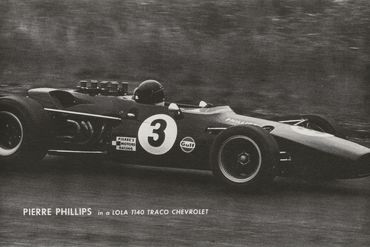