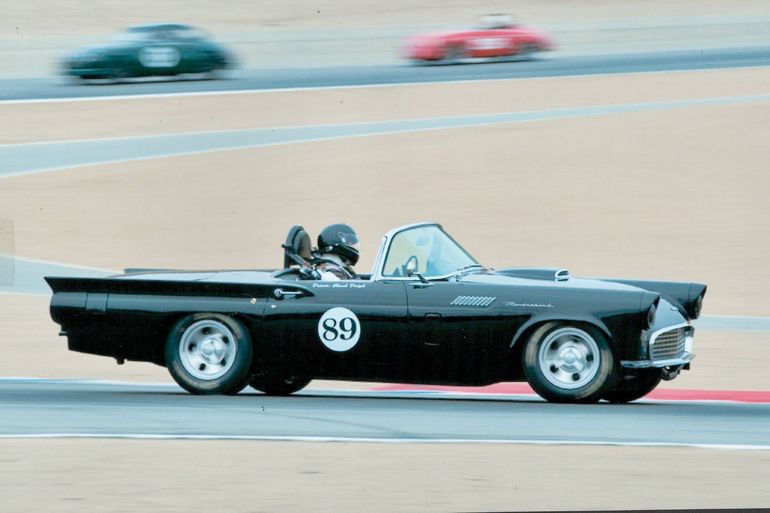 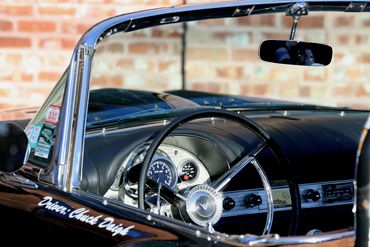 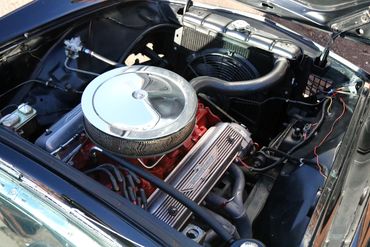 Carroll Shelby once said of Chuck Daigh "There are only two people I can think of who could sit down, take a welding torch, build their own chassis, go out to test it and then win races with it. They are Jack Brabham and Chuck Daigh. I put Chuck in the same category as Jack."

With his vast mechanical knowledge and extensive racing skills, engineering insights, and keen instincts extracting power from engines, Chuck Daigh was one of the most important figures of the Golden Age of Motorsports. But it was his legendary driving skills could take entire volumes to convey the extent of his reach from Grand Prix races to Daytona speed records, to qualifying on the Indy Brickyard, and perhaps most famously, as the celebrated driver behind Lance Reventlow’s Scarab. In many ways, Chuck was the embodiment of post-war sports car racing and a key figure in the growth of American Sports Car racing from its inception to the heyday and into the 1970s. And while his name is often grouped with the likes of Carroll Shelby, Dan Gurney, Bruce McLaren, and Phil Hill, Chuck set his own records, built his own cars, and won race after race with the fortitude and gentlemanly manner of a true champion. Up until his passing in 2008, Chuck remained involved with performance engines both for cars and Offshore Ocean Racing boats, applying his copious technical knowledge and mechanical wizardry to make powerful engines meet the demands of capable and daring drivers.

Among the many achievements of Chuck Daigh, in 1956 he set a Daytona Speed Week record for the fastest standing mile at 92.142 mph beating the Corvette driving his specially built 1956 T-Bird.

Under the direction of the current owner and Les Nimmo of Nimmo Machine Vintage Racing, this 1957 Thunderbird would become the last car Chuck Daigh would prepare and race, culminating his remarkable career in motorsports. The project began when a long-term California T-Bird was located near Nimmo’s shop. The car had been maintained with just a few owners when it was located and removed from long-term storage, and disassembled for the build. Having been a California car for nearly all its known life, the car had only one small area of rust, directly under the accelerator pedal. Working with his close friend Les Nimmo, Chuck Daigh applied many of his skillful build ideas to make this T-Bird a successful and capable vintage racecar, built in the spirit of period racecars, just as Chuck had done back when these cars were new.

Among the many technical features that Chuck and Les developed specifically for this car included lowering the car, moving the engine back closer to the firewall (using custom made motor mounts), and lowering the upper A-arms. Already having a front-mid bias, the engine moved back gave the car even better handling characteristics. But Chuck and Les didn’t stop there, the Upper A-arms were heat bent to move the ball joint position so that they would sit at the center of travel, pulling the tires slightly inward giving camber gain, aiding steering, and allowing for better high-speed handling – a method Daigh had specifically used modifying Shelby Mustangs for competition. Other modifications included adding larger drum brakes sourced from a Mercury, also with brake scoops. The brake system was further modified with a dual circuit master cylinder and proportioning valve. Racing seats, roll bar, and a fuel cell were also installed along with a Halon fire suppression system.

The engine currently in the car has also received significant improvements spearheaded by Chuck and Les during the build. In order to maximize performance, a 292 cu. in. block with a Holley 4-bbl carburetor was built with a 312 crank and 312 heads. Chuck applied his competition experience in head design and flow, grinding down the rockers, lightening, and coating them while radiusing all the port holes in the block for better flow. Y-Block specialist John Mummert, a recognized expert in Y-Block aluminum castings, supplied both the aluminum intake manifold and timing cover, both of which were cast specifically for the Y-Block. The engine was finished off with performance tube headers and free flowing exhaust. A Ford Top Loader 4-speed with aluminum flywheel and Mcleod clutch were installed, while the stock Ford 9” rear end was retained, using a specialized vent for the rear end.

In 2018 the engine was freshened and prepared with a new knife edged Moldex crank with drilled mains, Scat rods, J&E pistons, Mallory distributor, windage tray, and sumps. During the freshening in 2018 a new fuel cell and radiator were also installed.

In his last race in 2007, Chuck drove this Thunderbird, his last competition prepped car, where he received the coveted Senter Award for Best Ford, given by Ford Motor Company at Monterey. This award, now called the Henry Ford Cup, was engraved with other significant racing names before it was retired and now resides under permanent display at the Petersen Auto Museum. The T-Bird went on to race in multiple races at Monterey and Sonoma including the 2012 Cobra 50th anniversary, The Big Bore Bash, and 2013 Rolex Reunion to name a few, further evidenced by the numerous roll bar inspection tags, Gold Medallion SVRA logbook, and VARA logbook accompanying the car.

Today, this Thunderbird presents in very good to excellent condition, ready for enjoyable use. Titled and registered in California, the mostly stock appearance and vintage features allows for both street and track use. The vintage trim and authentic T-bird details are all faithfully executed, including the appearance of the engine and engine compartment. In addition to the authentic period trim and race features employed in the build process, the level of craftsmanship and quality of the build is evident in the multiple races it has completed over the past decade, still maintaining the features Chuck specified for the car. The paint while older and having seen track duty, is still glossy throughout, capturing the features of the T-Bird, which Chuck had so carefully exploited in his 1956 Daytona Beach record-setting T-Bird. The lowered stance, Hoosier tires, and cast aluminum wheels all deliver the perfect combination of power and grace, while still evoking the original spirit of the T-Bird.

Inside the cockpit, the original T-Bird speedometer and detailed features remain just as originally built in 1957 with the addition of 4 Stewart-Warner gauges, roll bar, Halon fire suppression system, and modern racing seats with competition seat belts. The remaining interior including the factory steering wheel, padded dashboard, inner door panels, and carpeting deliver a very handsome combination of performance and originality. Even the 1957 climate control knobs, roll up window crank handles, and door latch levers are in place. In all, the interior is very nicely prepared with just the right combination of vintage features and competition integrity. Even the original engine turned dashboard inserts are in place, decorated by years of event plaques across the dash and into the door panels.

The engine compartment has been both accurately prepared and properly configured for historic racing events. Period correct valve covers, engine color, and stock engine compartment all convey an accurate period look and feel. The finishes and overall cleanliness of the engine and engine compartment are reflective of the 2018 work recently performed as only minor hours have been put on the car since completion. In the current configuration, it is estimated that the engine puts out approximately 400 hp with plenty of torque from an engine that will confidently pull 6,500rpms.

The car starts easily, kicking over with a resounding wallop of sound exiting the free-flowing exhaust. Often overlooked, the loping 312 V8 should not be overlooked especially with the gobs of torque and head treatment this one has received. The gear box is easily engaged, and acceleration is brisk off the line and dramatically strong into the higher revs. Handling is surprisingly rewarding in part due to the engine position and modified suspension, but also due to the lowered stance and clever engineering Chuck Daigh and Les Nimmo imparted in the build. The ride is composed and solid on the street and certainly capable when underway at racing speeds in the hands of a capable race car driver on a professional racetrack.

The underside of the car is clean and representative of the use over the past decade, showing no structural compromise, solid floors, and sound frame structure. While complete, functional, and of professional build quality, we encourage a comprehensive pre-event review with a professional racing preparation shop prior to use.

This wonderfully built Thunderbird, completed by experts Les Nimmo and legendary Chuck Daigh is accompanied by an original set of front and rear bumpers, a spare set of dual exhaust with mufflers, an original front seat in very good condition, sun visors, side vent wind wings, the original small diameter tachometer and water temperature gauge, and a distinctive white porthole hardtop. Also included are the VARA and SVRA logbooks, and several pieces of literature and display placards documenting Chuck Daigh and his motorsports accomplishments.

Few legends of motorsports span a productive output covering seven decades. Chuck Daigh not only raced and built cars with the best in the world, he established American Sports Car Racing while competing with icons of the industry. His 1956 T-Bird record runs inspired this, his last racecar, to be a fun, competitive, and engaging reminder of his glory days of racing. This expertly crafted Thunderbird offers the excitement and excellence of those remarkable sports car events, built and driven by one of the most important figures of American motorsports racing.