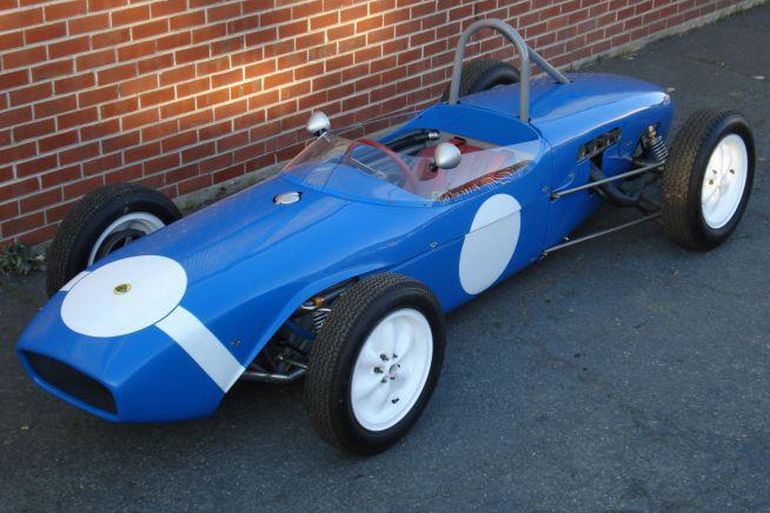 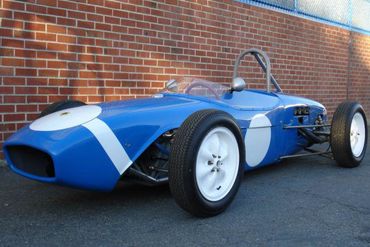 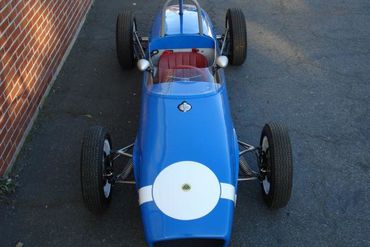 Get ready for the 50th anniversary of the Formula Junior... and all the events of 2008!

1960 Lotus 18 Formula Junior s/n FJ 755, Arch no. 987253 Blue with Red Interior The Lotus 18 was Lotus` first mid-engine creation, and was an extremely successful. Fitted with a Ford 105E series 1100cc engine the 18 was campaigned in Formula Junior events in the United States were they proved to be the dominate machine throughout their period. Fitted with a Climax FPF engine, the 18 was successfully campaigned in Formula II, and was the fist Lotus chassis to win a Formula One race in 1960. In total, about 120 Lotus 18s were produced for use in the Formula Junior (US delivery), 29 built for use in Europe`s Formula II series, and two factory cars were used in Formula one races in 1960. This example is believed to have been campaigned in Sports Car Club of America events California up to the early 1970s. By this point the car had become outdated and required restoration. It was stored until 1980 when Scott Cote purchased this example, (then painted with pink number balls), and later commissioned a comprehensive restoration with respected formula car expert Tom Rust. Details regarding this cars exact race history are not known at this time. It is believed that, because of the pink number balls, this car may have been driven by a woman racer in period. The restoration was a frame up affair which included rebuilding the engine by Rust, and the close ratio Renault 4-speed transaxle by Bill Morton. The engine has been built up to mild `long term` specs, and fitted with a steel crank. The chassis was powder coated and suspension, shocks, and drive shafts were nickel plated. The body, much of which is believed to be original, was refinished in bright blue. The interior has been trimmed in red leather, and a new Plexiglas windscreen formed. The period correct gauges appear to have also been restored. A period correct Smiths mechanical tachometer is fitted. A new Fuel Safe fuel cell was installed in 2003. The car was never raced, but was tested after the restoration was completed in 1993 to confirm that the car was race ready. The motor, transmission, suspension, driveline, and brakes all appear fresh with virtually no time on them. Cosmetically, the car is very clean, and has obviously been thoroughly restored. Finished in 1993, some aging is evident, despite careful storage. Although the exact details relating to this car`s period racing history are cannot easily be confirmed, this chassis number is not contested, and this is no reason to believe this car has been remanufactured. This example holds Arch frame number 987153, on a welded tag forward of the driver`s seat. Eligible for historic racing in the US, Europe, and beyond, this Lotus 18 represents an inexpensive entry to prestigious events, and should prove both reliable and easy to drive.
View All Photos 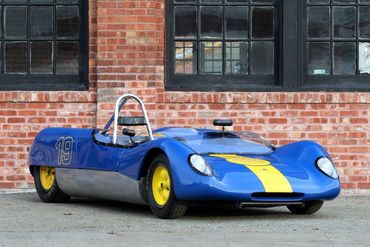