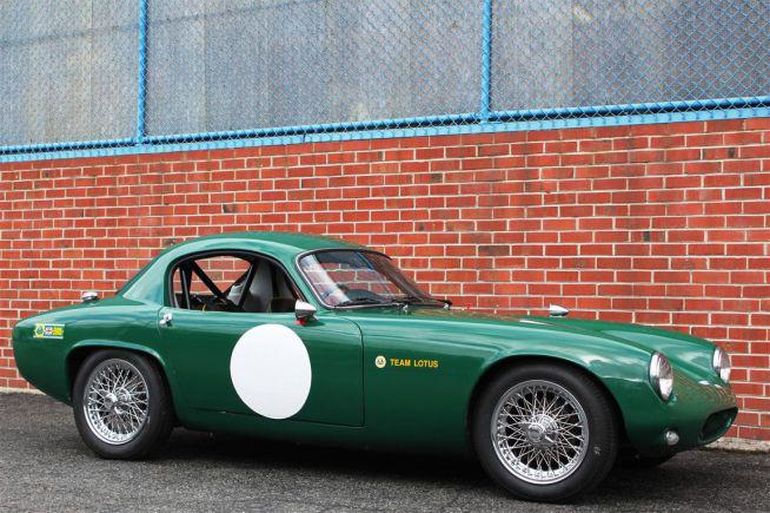 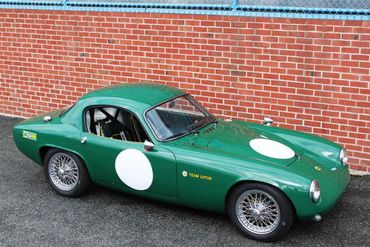 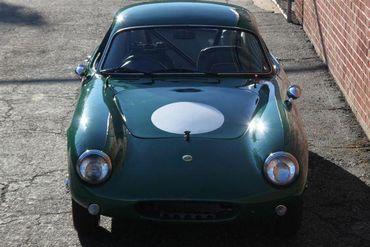 Like all Lotus cars from the Chapman era, the Elite is a technological marvel. Employing an almost entirely fiberglass monocoque chassis body unit, rack and pinion steering, and Lotus` usually sophisticated suspension design, the car was and remains a highly capable driver`s car. Its fiberglass construction and diminutive dimensions made for a light weight of about 1,300 pounds, yet the torsional rigidity of the platform is remarkable. The aerodynamic bodywork and mostly covered underside contributed to a coefficient of drag of just .29, a remarkable figure, even 50 years later. The car proved to be highly successful in competition, including six class wins in six years at Le Mans (where the car was reported to make 20mpg!).

This particular example is a nicely restored Bristol bodied, Series II stage 3, race-prepared car, just as it was delivered new mid-year 1961 to Checkered Flag Competition cars of London, England. Other subsequent owners include Terry Ghal, of Georgia USA, Chris Kaunotka, also of Georgia, Ricardo Paris (1986), Marc Evans (1986-2000), Alex E. Oblard of Utah (2000-2009), and Barry Blackmore, (2009-present). Mr. Oblard had considerable restoration work carried out by Clay Vyzrarlek or Advanced Vehicle Operations of Pagossa Springs, Colorado. This work included re-installation of the engine, installation of a new gear reduction starter, throughout bearing, Smiths temperature gauge, fire system, new motor mounts, re-plumbing the cooling and fuel systems (including installation of the new Fuel Safe fuel cell), body and paintwork to the current period factory racing livery, rebuild of the brake calipers, reworking of the exhaust and headers, rebuild and re-seal of the differential, new carbon Kevlar rear brake pads, new U-joints, refinishing the radiator, rebuild and tuning of the Weber carburetors, and ignition system. The majority of this work was carried out between 2000 and 2008. Even more recently, the current owner has made considerable improvements to the roll over hoop and rear suspension. New racing seat belts have been installed, as has a dual master cylinder braking system, which coupled with the roll bar improvements, likely make this one of the very safest Elites extent. At present the car sits on 60-spoke racing wire wheels fitted with 4.50 X15 Dunlop race tires. We are told that this car has a close ratio 4-speed transmission with a high 1st gear for track use. The car has been described to us as having few miles on a rebuilt engine and the other works mentioned above. Indeed, the neither of the two recent owners have raced the car.

The car is best described as having good racing cosmetics. The body is quite straight and the paint work very serviceable. The Spartan interior has a competition feel, and save for the seats and inner door panel upholstery, is stripped to the bare minimum for the lightness which Lotus cars have long since been famous for. The engine bay is orderly, with a purposeful appearance.

Included with the sale is a historical binder with notes of the previous owners, copies of the delivery chassis number roster confirming that s/n 1746 was delivered new to Checkered Flag Competition Cars, and records for the restoration work described above.

This is a wonderful opportunity to acquire an excellent example of this sophisticated and charming car. The ZF transmission and Weber carburetors are desirable features that enhance the car’s performance, and satisfaction on the track by its new owner.