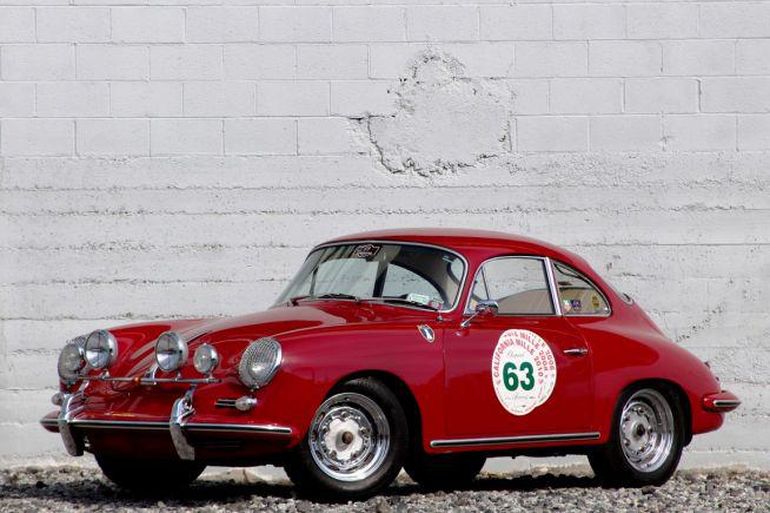 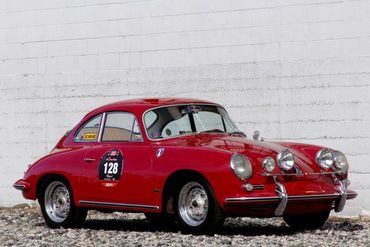 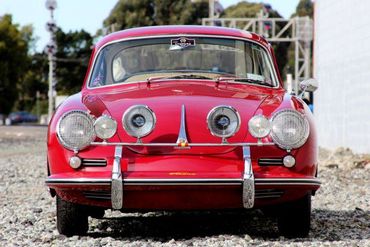 Introduced to replace the 356A in 1959, the 356B brought new levels of civilization and refinement to Porsche’s increasingly popular and capable sports car line. While the A and C models of the 356 have traditionally attracted the most attention from mainstream collectors, the 356 B is an underappreciated and comparatively affordable avenue into classic Porsche ownership. 1962 marked the introduction of the T6 body, with its larger trunk opening, external fuel filler with door, and twin grille engine lid. As always, the cars incorporated thoughtful and functional design, along with the tried and true Porsche dogmas of high quality, value, reliability, and mechanical robustness.

This particular car is a rare T-6 bodied example built in the last six months of the B-Series production run. Perhaps more importantly, is a factory delivered matching numbers Super 90 specification car, of which very few were produced. Another desirable attribute of this particular car is its longtime dry climate ownership, having been sold new in California in late 1962 as a 1963 year model, and believed to have had very few owners until 2010 at which point Fantasy Junction sold this example to the present owner who is active in historic rally events.

Best described as having a nice driver presentation, this Super 90 still retains its original floor pans, and longitudinals. There has been some minor accident repairs to the frontal section with totaled less than $3,400 in 2006, and are well documented within the records which go back to approximately 2001 and show regular mechanical upkeep. The paintwork is in keeping with good driver standards, making a strong initial impression, but not so nice that the next owner should worry about parking it outside over night while on tour, or enjoying weekends away. The car sits on slightly wider than stock chrome wheels with good tires. A removable light bar has been fitted, but is not wired, and simply unbolts from the back of the bumper over riders. Headlamp grates protect the factory lights from stone damage.

The interior has been entirely re-trimmed in years past, is done in leather, and also makes for a very nice driver’s level presentation. An aftermarket Nardi wood rimmed steering wheel is fitted (the original accompanies the sale), as are safety lap belts for the driver and passenger. A Rally Timer dash clock has also been fitted, and this example has a period style Blaupunkt radio. The engine bay is has a very smart and quite original presentation with the correct air filter housings, oil filter canister, and sundry decals. The underside, while not restored or detailed, is very solid save for the battery box which should be replaced in the near future. Present is the Super 90 specific camber compensator.

With the extra horsepower of the Super 90, the car is a delight to drive. When compared to other 1963 automobiles it has a very satisfactory power to weight ratio, making it both brisk and nimble. According to the previous long-term California owner, the engine in this Super 90 was rebuilt by the late Henry Pello, well known for his 356’s power plants. When rebuilt 1750ccc barrel kits were installed, along with a new crank, rebuilt SC heads, and at the same time, the Solex carburetors were rebuilt. The brakes are well adjusted and the transmission is very smooth in and out of gear. There is a bit of gear whine under acceleration and deceleration, but the overarching driving experience is that of a well set up and fully sorted car.

Work during 2016 includes a carburetor sorting, a brake system bleed and adjustment, and select new shift bushings. Included with the car are records which go back to approximately 2001 and show regular mechanical upkeep, the original steering wheel and the added Rally Clock, and the hub caps (not pictured). This is a very unique opportunity to acquire a comprehensively-optioned and very rare matching-numbers T-6 Super 90 which is ideally suited to aggressive driving on road rally or tour events. 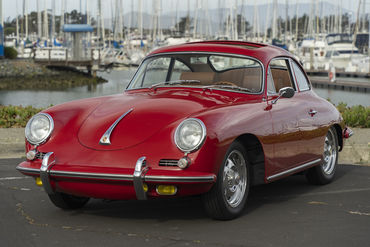