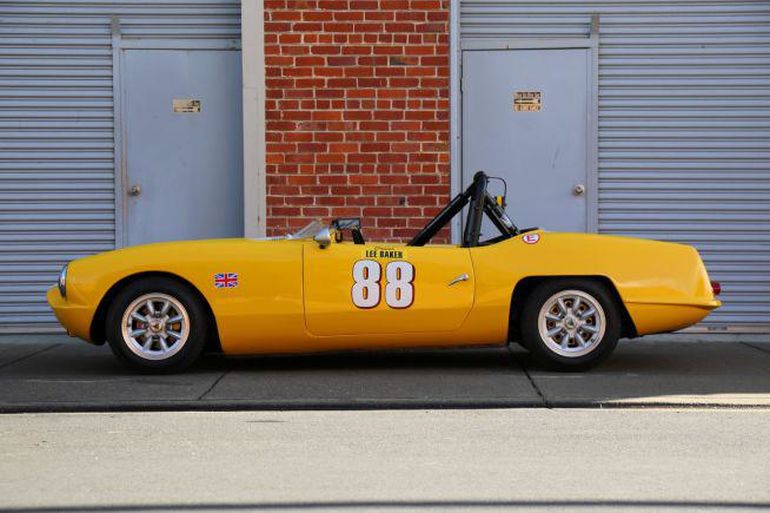 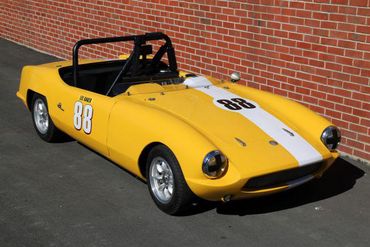 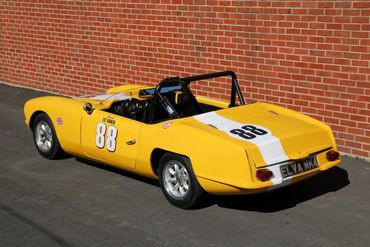 When Elva founder and builder Frank Nichols developed his prototype the first comment he received was in French “Elle Va” (she goes). Nichols like the sound of that and so began a series of cars spawned in the glorious motorsports racing years of the 50s and 60s including Lotus, Lola, Mallock, Marcos, Peerless, Rochdale, Turner, all based on the talents and passion of singular leaders. Frank Nichols began by making his own racecar in 1954, and by 1957 was successfully selling sports-racing and formula junior cars in the UK and the USA. The racecars were powered by a range of engines from the early side valve Ford, to sports-racers powered by Porsche and BMW engines, and to the big V8 McLaren-Elva CanAm cars.

The Courier was the only road car produced and as such, continues to hold an endearing spot among motorsports enthusiasts who enjoy a dual-purpose vehicle. The Mk1 first appeared in 1959 with MGA mechanicals. Improvements subsequently occurred through the Mk2 and Mk3 versions with attention to chassis and suspension modifications. The last model built was the Mk4-T, fitted with an 1800cc MGB engine, independent rear suspension of TVR origin, front suspension from Triumph, and an MGB differential housed in an Elva casting. The “Sebring” variant of this car used the Lotus 1558 Twin Cam engine.

In 1961 Elva’s US importer, Walter Dickson, ran into financial problems, forcing Elva UK into voluntary liquidation. Carl Haas later took over distribution in the States and the Courier designs and plans were sold to Trojan Cars Ltd. Trojan manufactured the Courier with Frank Nichols providing technical expertise and the youthful engineer Patrick Head, later the Williams Formula 1 designer, assisted with development. Production of these cars ceased, in 1965 while Frank Nichols went on to successfully design ocean-going rescue boats, including the Bede Class, for the Royal National Lifeboat Institute in the UK.

This particular example was previously owned and built by Elva expert Butch Gilbert. It is nicely finished with very nice paint and excellent exterior features. The car is outfitted with a close ratio gearbox, limited slip differential and comes with two sets of Minilite wheels. The car was recently serviced in April 2017 including several improvements. A new set of seat rail brackets were built and installed, a new 3/16” polycarbonate windscreen was also installed, and a new set of 450M13 CR65 Dunlop racing tires were installed. The car was given a major tune up including adjusting valve clearances, adjusting the points, checking spark plug gaps, ignition timing, carburetor adjustment, and fluids replaced as needed.

This Elva Courier currently presents as a handsome and ready candidate for enjoyable driving and spirited performance engagements. Like many of the long gone British specialty marques, the Elva Courier remains today as one of the more exciting sports and competition cars available for collectors seeking an enchanting and unique alternative to more commonly seen alternatives. 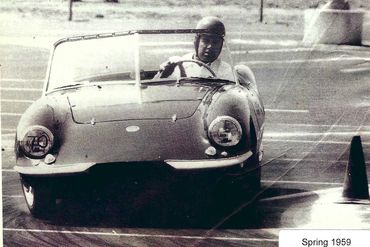