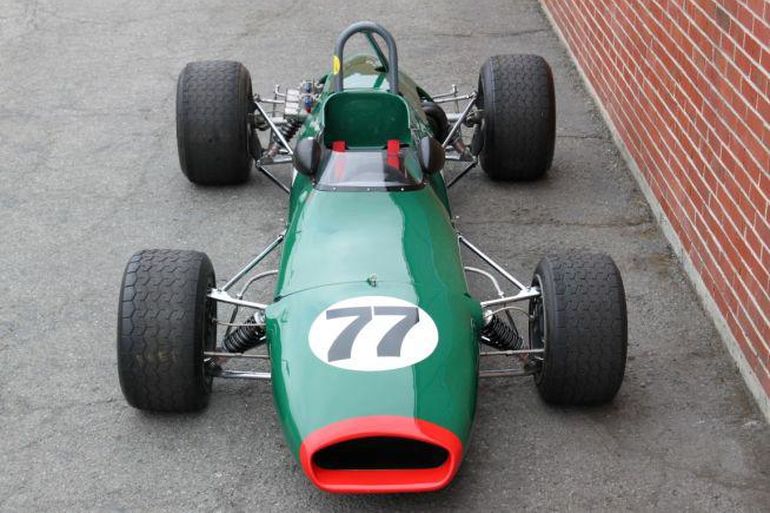 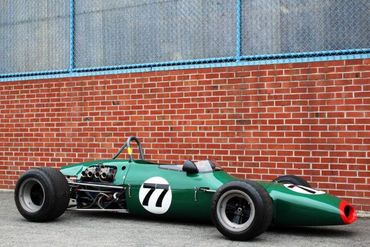 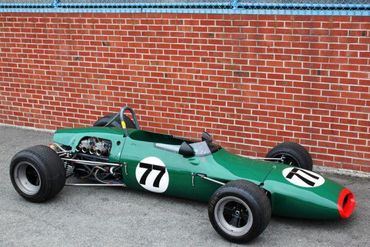 Excellent Example of One of the Most Advanced, Developed, and Competitive Formula B Cars

The Brabham Company, founded by three-time World Driving Champion Jack Brabham and genius racecar designer Ron Tauranac, built cars to compete in Formula I, Formula II and formula III between 1960 and 1970. By 1960, Brabham was the world’s largest supplier of customer open wheel racecars. Jack Brabham’s 1966 World Driver’s Championship remains the only such achievement using a car bearing the driver’s own name. Racing under their firm name, “Motor Racing Developments”, in Formula II, one model won eleven consecutive races, while in Formula III their BT15 won 42 Races in the hands of future F1 stars. In the United States, in races sanctioned by the Sports Car Club of America, Brabhams ran in Formula C with 1100cc single cam engines, and even more successfully in Formula B (later known as Formula Atlantic) with 1600cc twin cam engines, a set of parameters nearly identical to Europe’s Formula II category.

This particular car was originally owned by Alan Karlberg of Washington State, who kept the car from 1969 to 1972. In 1972, the car was relocated to Southern California, where it would remain the next 33 years, passing through the hands of two short term owners, Dick Doherty and Byron Hatten in 1972 and 1973. In 1973, the car was purchased by Frank Monise of Pasadena, California. Monise raced the car actively in the 1970s, and owned it until 1990. While driving at Laguna Seca in the 1970s, Monise crashed the car, and kept the remains with the intention to repair it, although he never did, and sold them to Barry Blackmore of Glendale, California in 1990. Blackmore repaired the car, and had a new chassis fabricated by Brabham expert Wayne Mitchell. Blackmore drove the car but never raced it, selling it to Tony Seiniger of Beverly Hills, California in 2003. Seiniger kept the car for two years selling it via Grand Prix Classics to an owner in New Zealand in 2005. During this period, some work was performed by Dave Vegher of Veloce Motors West. In New Zealand, the car was completed by Edgell Automotive, and a rebuilt motor fitted from Engine Specialties Ltd.

The car presents very well cosmetically. The paintwork is in very good condition, with a few surface cracks and light scratches, but strong overall presentation. The suspension and chassis are nicely detailed, while the wheels appear unrestored. The engine and transaxle are clean and appear to have been prepared to high standards along with the rest of the chassis and safety equipment. The car retains vintage Smiths instrumentation, and has a modern Momo steering wheel along with Wilans harness.

This is an excellent opportunity to acquire an example of Brabham’s most advanced, developed, and competitive Formula B car, or in fact of any Formula B car from the period. It is eligible for prestigious historic events worldwide and is arguably the best chassis from a golden period of formula car history. Additionally, this class attracts unusually spirited competition among vintage racers, making this an ideal car for a racer seeking the mechanical simplicity of a vintage car with a higher level of intensity than typically typifies vintage events. The car has a Motorsport New Zealand log book as well as a Certificate of Description, a booklet that closely resembles FIA papers and describes the car and its systems in detail.