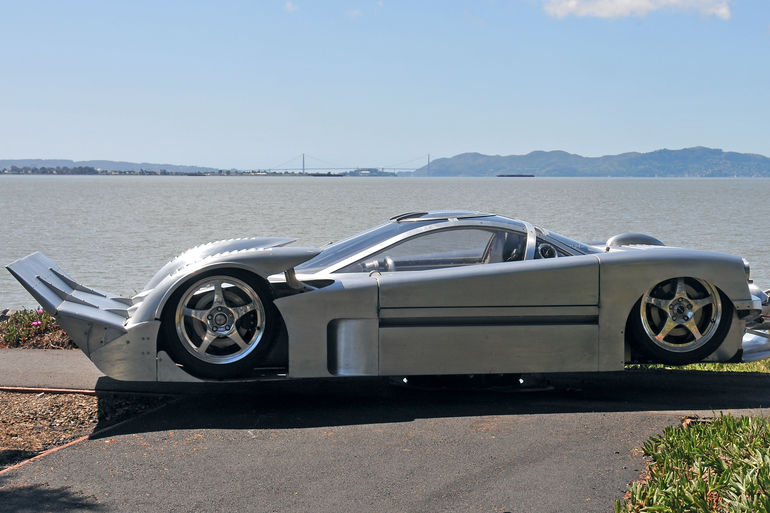 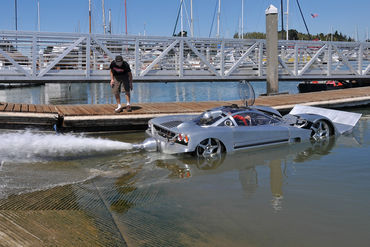 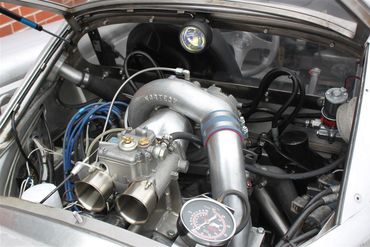 The recent global exposure of Sea Lion has been absolutely overwhelming! With nearly 1 million views on YouTube, News articles, interviews, and future film coverage, we could not be more impressed with the response from the automotive, boating, experimental vehicle, and media communities.

In addition to CNN’s international coverage of the Sea Lion, we have recently secured an outstanding engine builder, a major TV network interested in filming a feature length documentary, and the support needed for a world record speed run. The future owner would inherit all of the available connections as well as a life time commitment for tech support. It is the current owner and builder’s hope to provide the next owner with all the essentials required to break and maintain the world record for many years to come.

Since Sea Lion currently has an unknown potential, it bears an unknown appraised value. We understand the dilemma, and it is for this reason we have agreed to open the sales discussion to include all offers. Please feel free to express your ideas and proposals. We're committed to achieving a sale.

There are approximately 25 current contenders in the world with a variety of designs and capabilities. Each year, one builder proclaims their performance is superior to the rest, and they display their data through public announcements. The competition is unofficial, and participants enjoy the freedom of having a complete lack of rules. Various extreme designs are continually explored; each has measurable benefits as well as drawbacks.

For the most part, a GPS display with a YouTube recording is internationally accepted as “valid” for speed documentation. There has been talk of creating a corporate event, similar to Burning Man or Kinetic Sculpture Race, which records and awards the competitors with specific acknowledgements. This, however, may be more of a detriment than assistance. The addition of Rules and Requirements always diminish scientific achievement and exploration. And it just plain ruins all the fun!

If a neutral party is required to settle a performance dispute, “Guinness World Records” is available to record and bear witness to any new achievement. So at least at this time, there does not seem to be a need for any larger event organization. Guinness World Record

Sea Lion was designed using CAD software and spread sheet calculations, by M. Witt. The vehicle is primarily, TIG welded 5052 Aluminum constructed from CNC plasma burned shapes and other CNC milled components. It has an integrated monocoque welded uni-body center section. There are removable side pods, used for floatation and cargo, and removable fenders front and rear.

With few exceptions, there are no structural parts borrowed from other vehicles. The design is created from a clean sheet of paper, and was calculated to exceed previous speed records. When the project began, in 2006, the top water speed was 45 mph and the top land speed was 125 mph. Today, the land speed remains unchanged, but the water challenge has risen to 60 mph.

There is a wide spectrum of different vehicles competing. Some vehicles are very fast on land but slow on water and others are the reverse. Some of the more unusual designs use tank tracks and have had surprisingly fast results on both water and land with the propulsion being only the tracks. (No propeller)

Sea Lion currently holds the "LAND SPEED" world's record for an amphibious vehicle. And proposed design upgrades are likely to attain the "water speed" record as well. Designer is available, and committed, to reach the goal of both records. The transaxle is geared for speeds in the 180 mph range. The car has an extremely small frontal area and very aerodynamic shape. It has great potential to hold the land record for many years to come.

The water speed is currently limited by horse power, and it is up to the next owner, as to how extreme the next power plant should be. The current engine is a Mazda Rotary 13b (1974 –smog exempt). The engine should be upgraded to a 26B rotary engine (4 rotor unit), and the old engine saved for an SB100 registration, at some later date, if that becomes a goal for the owner….Ohio Engine builder, "Defined Autoworks" is ready to provide 500 hp 26b engine, "power matched" for the current jet pump.

From an investment point of view, the car will likely appreciate in value, as performance increases are made, and records are broken. The next stage of development should create a profitable return for the next owner.

Building Sea Lion has been an enjoyable exploration. I have provided the basic architecture for the car and resolved every conflicting interaction between Car and Boat. The next chapter of this project is to provide an ultimate engine and begin speed trials. There are many highly qualified Rotary Engine builders who have decades of experience making reliable high performance improvements. It is best to bring a specialist builder on board for the rest of this endeavor and bring the car up to its full potential.

I am willing to continue working with the buyer on all future modifications. I will remain available as a consultant, engineer, machinist and psychiatrist for whoever decides to venture further into the amphibious record books. The car comes with a number of accessories and earlier prototype parts. As a racing car, this Sea Lion is sold on a bill of sale only. All offers and/or trades considered. 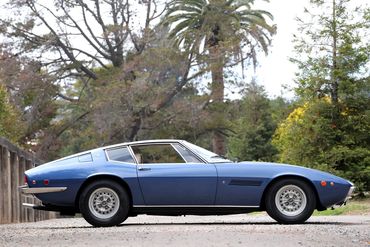